Why do we like our classes? And each other? Our brain waves tell us, NYU-UF study finds 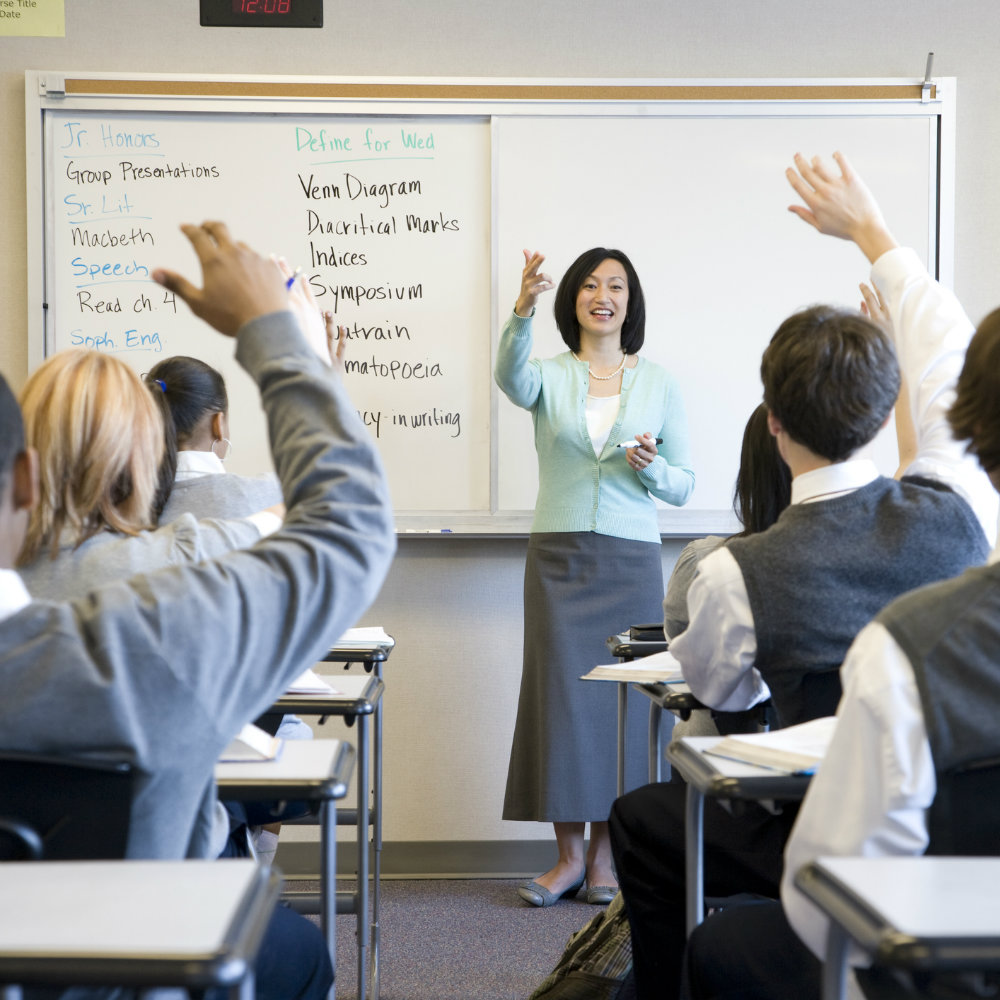 The synchronization of brainwaves among students during class reflects how much they like the class and each other, a team of neuroscientists has found.

The synchronization of brainwaves among students during class reflects how much they like the class and each other, a team of neuroscientists has found.

“How well our brainwaves sync up with those of another person appears to be a good predictor of how well we get along and how engaged we are,” said lead author Suzanne Dikker, a research scientist at New York University’s department of psychology and Utrecht University in the Netherlands. “Overall, our findings suggest that brain-to-brain synchrony is a possible neural marker for everyday social interactions.”

In a departure from standard experimentation, the scientists followed a group of 12 high school students and their teacher for an entire semester and recorded their brain activity during their regular biology classes using portable electroencephalogram, or EEG, technology.

“The study offers a promising new method to investigate the neuroscience of group interactions,” said senior author David Poeppel, a professor in NYU’s department of psychology and Center for Neural Science and director of the Max Planck Institute for Empirical Aesthetics in Frankfurt.

Previous studies have typically measured single individuals or one-on-one interactions in highly controlled laboratory settings. By contrast, this work, appearing in the journal Current Biology, gauged dynamic social interactions in a complex group setting outside of the laboratory, shedding light on the role of brain synchrony in a more natural environment.

“The study is groundbreaking in the sense that we studied how the brain works in the real world rather than in a well-controlled laboratory environment,” said Ding, Pruitt Family Professor of Biomedical Engineering UF’s Herbert Wertheim College of Engineering. “The implications for social science and for education are enormous.”

Using low-cost, portable brain recording equipment, the researchers compared the EEG readings of the students to each other and then explored the factors that might predict the level of synchronized brain activity between students with their self-reports on classroom engagement (e.g., students’ appreciation ratings of different teaching styles and their day-to-day focus level) and measures of classroom social dynamics: Students were not only asked how much they liked each other and the teacher, but also reported on how much they liked group activities in general. Both classroom engagement and social dynamics have been shown to be critical for learning.

The results showed a positive correlation between a student’s ratings of the course and the student’s brain synchrony with her classmates as a group—in other words, the more a student’s brain waves were in sync with the those in the classroom as a whole, the more likely she was to give the course a favorable rating. Similarly, the greater the synchrony between an individual student and her classmates, the more likely they were to give positive ratings to the instructor’s teaching style.

The researchers also examined whether or not brain-to-brain synchrony reflected how much students like each other. To do this, students reported how personally close they were to other individuals in the class.

Specifically, they found that pairs of students who felt closer to each other were more in sync during class, but only if they had interacted with each other face-to-face immediately before class. This suggests that having face-to-face interaction right before sharing an experience matters, the researchers conclude, even if you’re not directly interacting during that experience (like watching a video). Finally, students who considered group activities important in their lives, exhibited higher synchrony with their classmates.

The mechanism underpinning the observed brain-to-brain synchronization is likely to be shared attention, the authors posit, and this new approach provides a quantitative means to measure the factors that mediate social cohesion in groups.

The research was supported by the National Science Foundation (1344285) and a Netherlands Organization for Scientific Research Award (275-89-018).