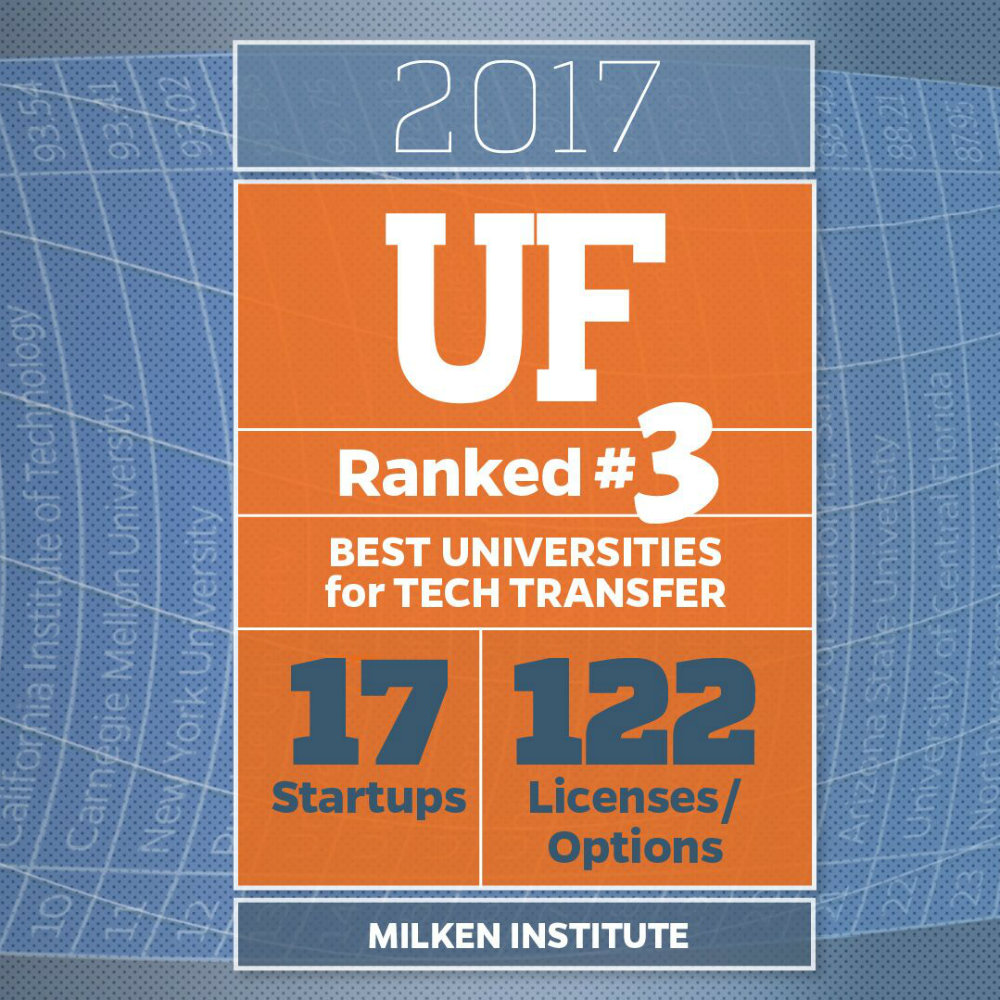 The University of Florida ranks third among all research universities in the country for getting its ideas out of the laboratory and into the real world, according to the Milken Institute’s 2017 ranking of Best Universities for Technology Transfer released today.

UF was fifth in 2006, the last time the report was issued by the Santa Monica, California-based independent economic think tank. The new ranking places UF ahead of schools such as Stanford, MIT and Cal Tech, as well as the entire University of Texas System.

“Our top-ranked tech transfer operation is driving economic development and cycling royalty dollars back into research,” said David Norton, UF’s vice president for research. “More importantly, it’s moving the research out of the lab and into the world.”

The ranking is based on the Milken Institute’s University Technology Transfer and Commercial Index. The index, based on data collected by the Association of University Technology Managers, or AUTM, via the AUTM’s Annual Licensing Activity Survey, is measured using four-year averages (2012-15) for four key indicators of technology transfer success: patents issued, licenses issued, licensing income and start-ups formed. These are normalized based on a four-year average of research dollars received by each university to yield four additional variables, for a total of eight.

According to the latest AUTM statistics released in November, in fiscal year 2015 UF had 261 licenses and options executed, 118 patents issued and 15 start-ups. It also received a record $724 million in research funding in fiscal year 2015-16.

From the index, a score is assigned to each school with 100 being the maximum. The rankings are as follows: 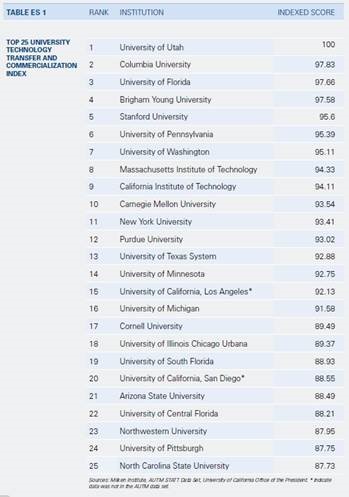 “This is an astonishing set of numbers that far surpasses our previous high-water mark. It is a credit to the outstanding people at the University of Florida: the brilliant scientists and the best tech transfer team in the world,” said David Day, director of UF’s Office of Technology Licensing.

The Milken Institute’s full report is available at http://www.milkeninstitute.org/publications/view/856.