UF and UW-Madison scholars team up to diversify STEM 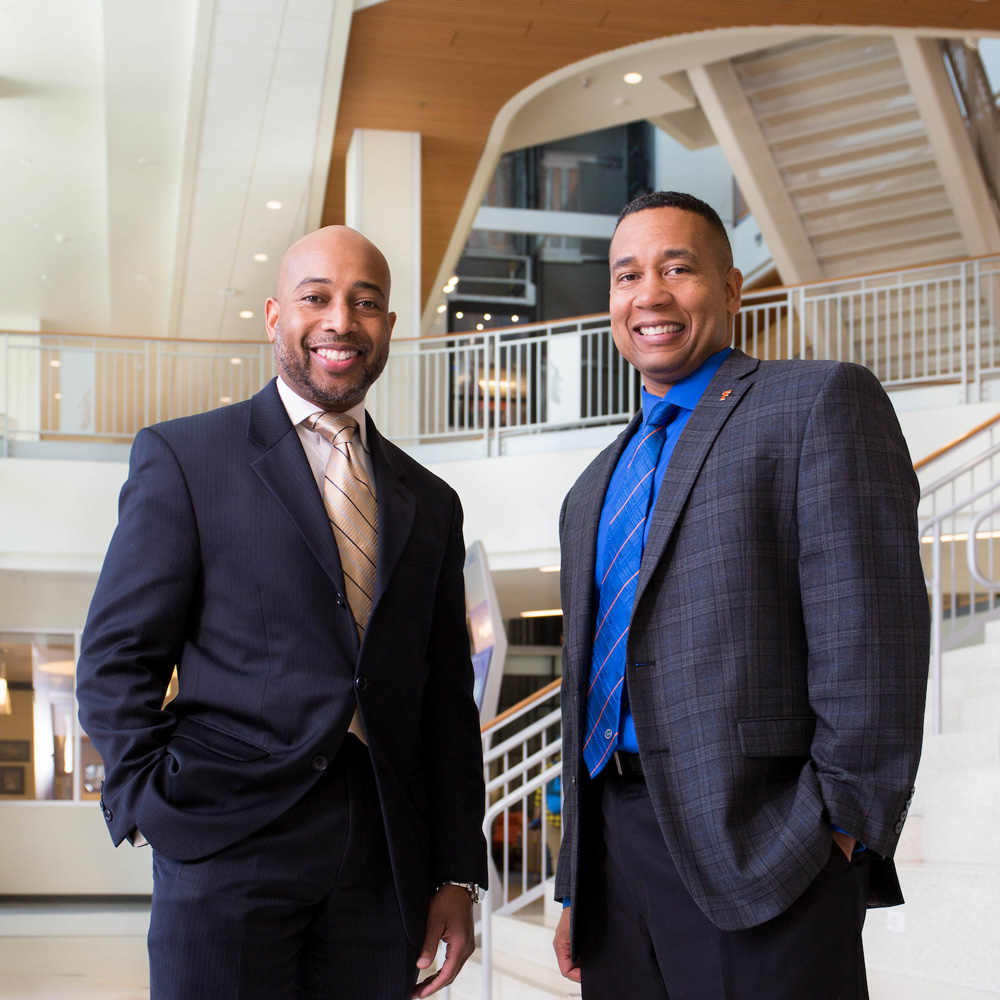 The University of Florida and the University of Wisconsin–Madison face off in the NCAA tournament Friday, but when it comes to recruiting, the two schools are on the same team.

The Consortium of Minority Doctoral Scholars will analyze three leading organizations’ efforts to recruit, retain and mentor underrepresented students in STEM, identifying ways to diversify both industry and academia. The partnership was one among the first efforts funded through NSF INCLUDES, a nationwide initiative to make the United States more competitive in science and engineering by improving access to STEM careers.

“We live in a globally competitive market,” says Gilbert, the chair of UF's Department of Computer & Information Science & Engineering. “China has a billion people, and the U.S. has 300 million. From a quantity perspective, we’re at a severe disadvantage. But quality counts more than quantity. We need to diversify our workforce to get better ideas.”

The consortium will create a portal that incorporates data from the Southern Regional Education Board’s Doctoral Scholars Program, GEM Fellowships and McKnight Doctoral Fellowships, sharing information never before available outside of those organizations.

“This will be among one of the first opportunities for longitudinal understanding of education and career pathways for African-Americans and Latinos in engineering and computer science,” Jackson says.

For Gilbert and Jackson, the consortium is the latest effort in a 12-year collaboration that has generated up to 75 percent of research published on African-Americans in computing since the 1990s. They also work together on the Institute for African-American Mentoring in Computing Sciences, an NSF-funded project that includes the University of Alabama, Auburn University, Carnegie Mellon University, Rice University and Winston-Salem State University.