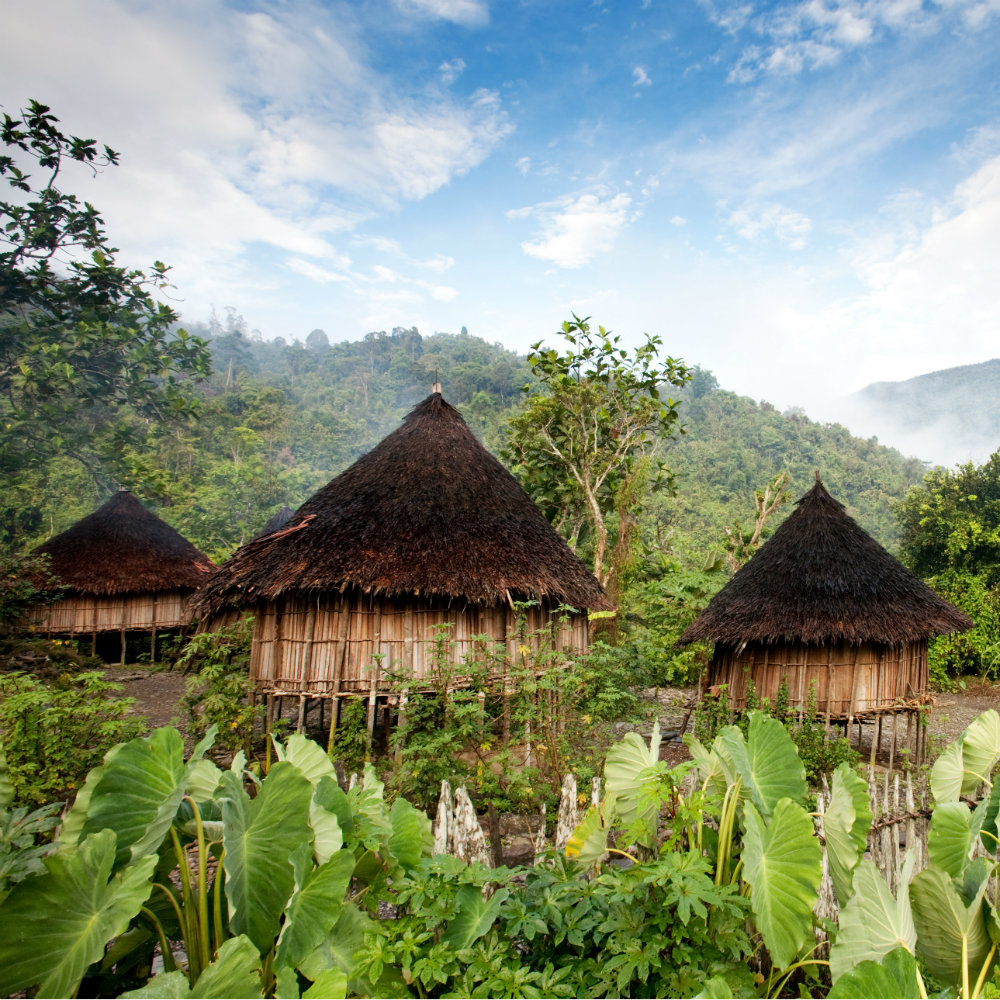 An insect no bigger than a grain of rice is threatening coffee worldwide, but a team of University of Florida researchers is using some unconventional thinking to stop it in its tracks.

The team’s collaboration with locals led to the early identification of the world’s most damaging coffee pest in Papua New Guinea – one of only two coffee-producing countries free of it, before now.

Known as the coffee berry borer and capable of decimating 80 percent of a coffee crop, the beetle is notorious in places like Hawaii and Brazil, where it has devastated coffee production. In February, careful inspection by the UF-trained Coffee Industry Corporation in Papua New Guinea led to its discovery in a container of beans.

The proactive training will likely save coffee in Papua New Guinea, which is the backbone of its economy, said Jiri Hulcr, a forest entomologist with UF’s School of Forest Resources and Conservation, part of the Institute of Food and Agricultural Sciences.

“We’re being proactive by looking at agricultural pests abroad and at home, and informing our government as well as developing nations about potential threats,” Hulcr said. “Usually the focus is on places where infestations have taken hold, but we aim to save commodities in places that remain untouched.” 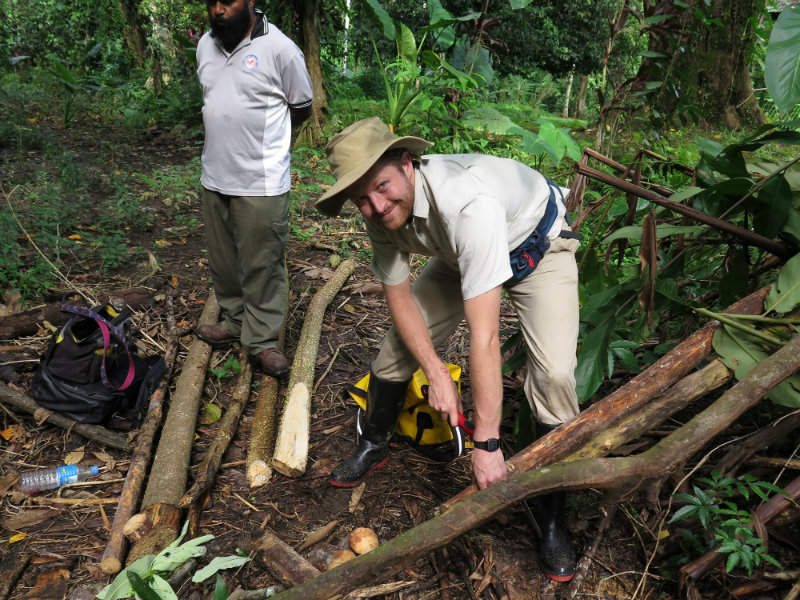 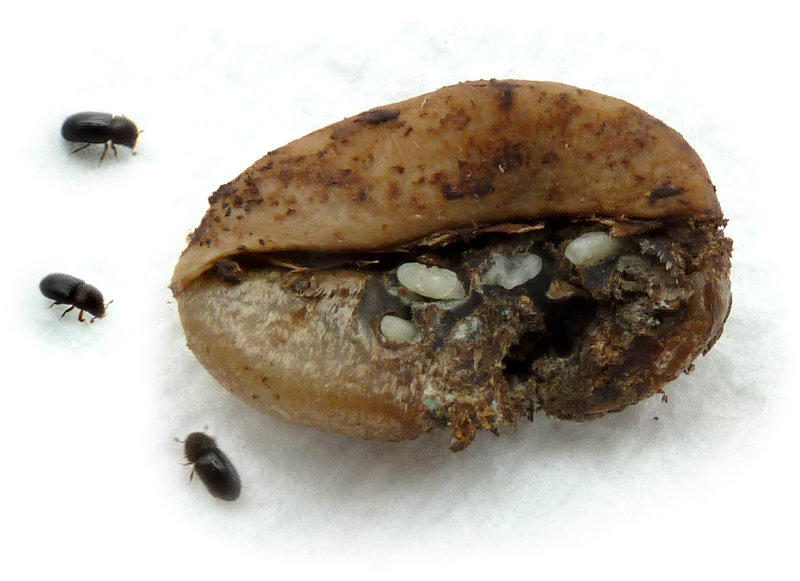 Hulcr has worked at home in the U.S. and abroad to save commodities like avocados, pine trees, mangos and figs from dangerous pests. He said the proactive training that led to early identification of the berry borer in Papua New Guinea will inform future work in the U.S.

Hulcr and his team spent the last two years preparing New Guineans for what to do if they encountered the beetle. His team trained local inspectors to survey coffee crops throughout the country, recognize damage symptoms, take high-quality photographs of any suspect using microscope camera equipment, and email the images to Hulcr’s lab at UF for identification.

“They have been ready for this,” he said. “The trouble is they have lots and lots of local species that look like it, but the native beetles don’t cause any damage. It requires training to identify the real pest among many imposters.”

Training drills gave way to the real sighting when local inspectors examined a specimen under the microscope. Realizing it was the invasive berry borer, they sent a photo to Hulcr’s lab where the detection was confirmed.

As instructed by the UF team, New Guinean authorities immediately started a survey to delimit the distribution of the small outbreak and embarked on an aggressive mission to eradicate it. The correct identification of the pest, which allowed authorities in Papua New Guinea to trigger this early eradication response, was the culmination of two years of UF-led training, Hulcr said.

“I organized the renovation of the lab and acquisition of totally modern molecular equipment to the eastern highlands, plus gave lectures and demonstrations to extension agents and scientists there. Weekends included field training, where we visited coffee gardens around the highlands and coastal provinces, talking to farmers, scientists and extension agents,” Bateman said.

“It is great to consider all the accomplishments we’ve had in New Guinea and elsewhere. Our work has direct benefits of increased food security and infrastructure for agricultural research,” he added. 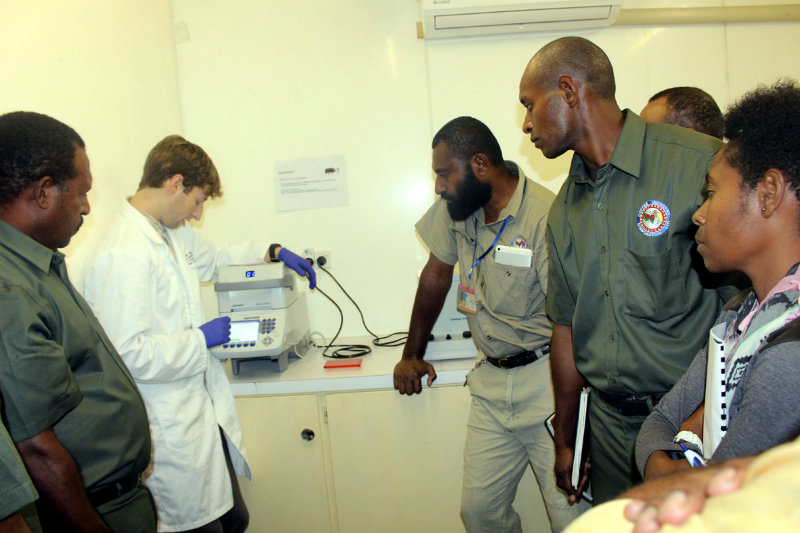 Now that the beetle has been found, inspectors will visit the farm of origin, examine plants for signs of the insect and destroy any that might be infested. Early detection is key to stopping the borer and other pests, Hulcr said.

“We prepared them, gave them good information and good training, and now they are working to eradicate the pest themselves,” he said. 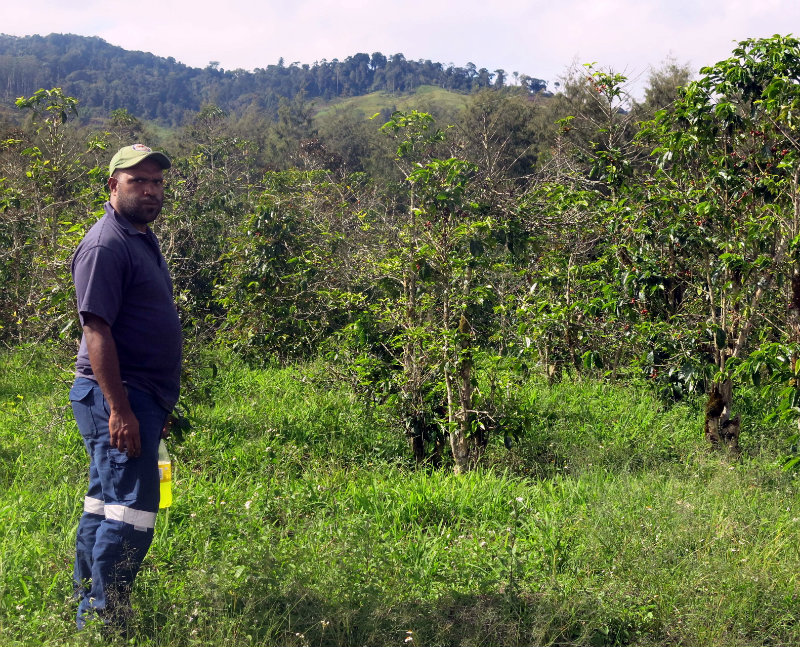 A local coffee inspector at a coffee farm in Papua New Guinea.