Mollusk graveyards are time machines to oceans’ pristine past 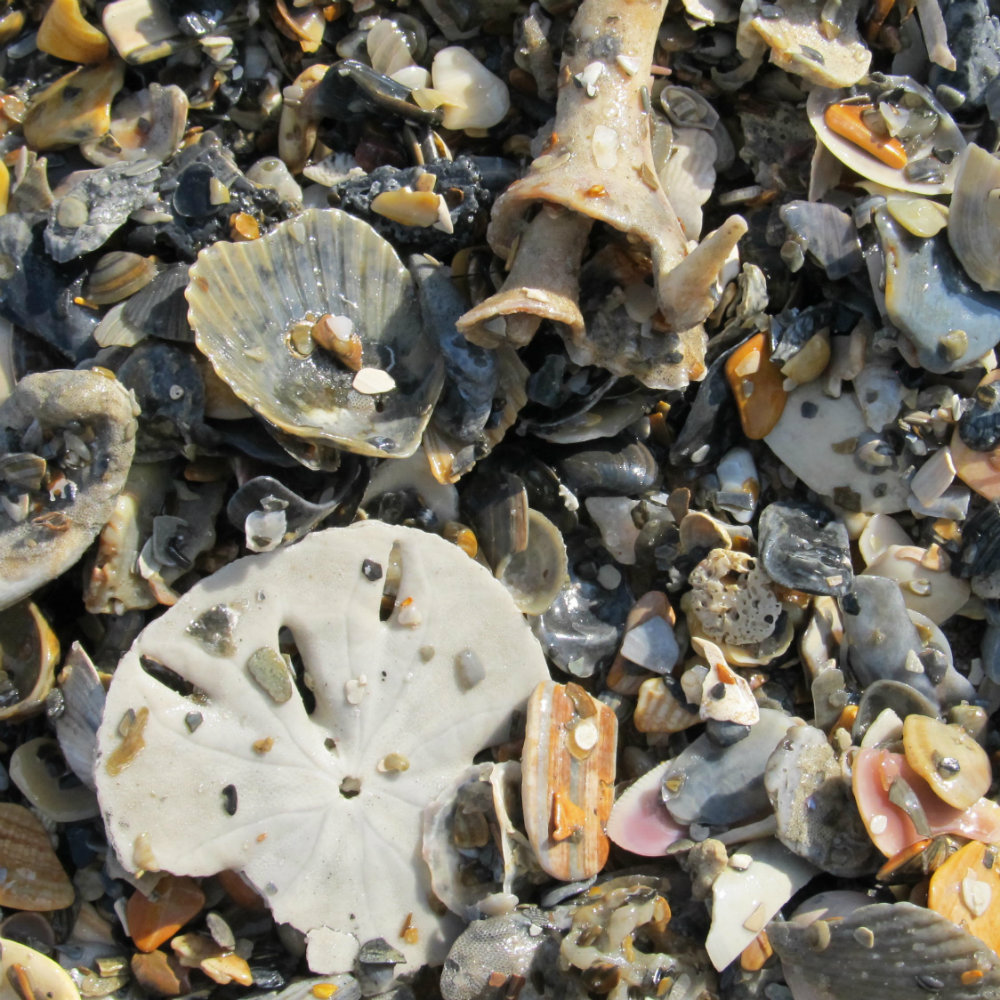 A University of Florida study shows that mollusk fossils provide a reliable measure of human-driven changes in marine ecosystems and shifts in ocean biodiversity across time and space.

Collecting data from the shells of dead mollusks is a low-cost, low-impact way of glimpsing how oceans looked before pollution, habitat loss, acidification and explosive algae growth threatened marine life worldwide. Mollusk fossils can inform current and future conservation and restoration efforts, said Michal Kowalewski, the Jon L. and Beverly A. Thompson Chair of Invertebrate Paleontology at the Florida Museum of Natural History on the UF campus and the study’s principal investigator.

“These fossils are like marine time machines that can unveil bygone habitats that existed before humans altered them,” he said. “Shells can help us understand past marine life and more precisely gauge recent changes in marine ecosystems. Fossils are the only direct way of learning what these ecosystems looked like before human activities altered them.”

Because mollusks, such as conchs, oysters and mussels, are abundant and often have sturdy shells, their remains litter much of the Earth’s sea floor. These mollusk graveyards offer a treasure trove of information about the state of oceans over thousands of years, recording patterns in the diversity and distribution of marine animals across and within habitats with surprising accuracy, said Carrie Tyler, who conducted the work as a postdoctoral researcher at the museum and is now an assistant professor of invertebrate paleontology at the Miami University of Ohio.

Many scientists have questioned whether mollusks alone can provide insights into entire ecosystems. Currents and storms can carry organisms’ remains away, while others are fragmented, destroyed or—in the case of soft-bodied animals such as jellyfish and worms—completely absent from the fossil record. Also, shell graveyards are often a mix of specimens from many centuries, which can muddle ecological interpretations.

“The remains that do accumulate only represent part of the whole ecosystem,” said Tyler, the study’s lead author. “These and other factors can create bias in the fossil record, making comparisons between modern and fossil ecosystems suspect.”

To test mollusks’ ability to faithfully record biodiversity, Tyler and Kowalewski surveyed living and dead marine animals at 51 sites off the coast of North Carolina, selecting spots that differed in environmental conditions and the kinds of species they hosted. Aiming to capture a range of habitats, the researchers surveyed inlets, estuaries and open ocean, from the coast to miles offshore. They tested whether changes in diversity from place to place were accurately recorded by the newly-forming fossil record. They also assessed whether mollusks could reflect these ecosystem-wide changes.

Tyler and Kowalewski found that live and dead mollusks accurately recorded spatial diversity patterns in both living and fossil communities of marine bottom-dwelling organisms. By comparing present-day communities of marine animals to dead remains, they discovered that mollusk shells alone accurately reconstructed differences in ecosystems across habitats and correctly tracked changes in the distribution of animals from shallow to deeper waters.

A unique aspect of the study, Kowalewski said, was investigating whether mollusks reliably recorded shifts in entire communities of bottom-dwelling animals across habitats and space.

“If we look at many spots on the sea floor and evaluate how living bottom-dwelling animals vary in space, do we recover the same information by analyzing shell remains of only one type of organism, such as mollusks? Our data indicate that we can,” he said. “The good match between dead and living organisms suggests that we can use historical data to look at not just which species existed in the past, but also whether the spatial structure of these ecosystems changed.”

Understanding how the diversity of species changes within habitats and from site to site across the sea floor is crucial for effectively planning protected marine areas and coastal resource management, Kowalewski said. It is also a part of an increased effort to approach ecosystem conservation more broadly, focusing not only on the vulnerability of individual species but also on how species congregate within and across habitats.

Whether mollusks can provide insights into an ecosystem’s more mobile animals, such as fish, remains unclear. But regardless of how much mollusks can tell us about fish, turtles or mammals, understanding marine invertebrate biodiversity is critical to restoring and protecting ocean health, Tyler said.

“Invertebrates provide food for fish, birds and marine mammals, purify water and are important for commercial fisheries,” she said. “The ability to use mollusks to understand how invertebrate communities are changing in response to human activities can help us protect and manage ecosystems that are critical for maintaining life in the oceans and to society.”

The study was published in Proceedings of the Royal Society B and is available at http://dx.doi.org/10.1098/rspb.2016.2839. Funding from the National Science Foundation helped support the research.