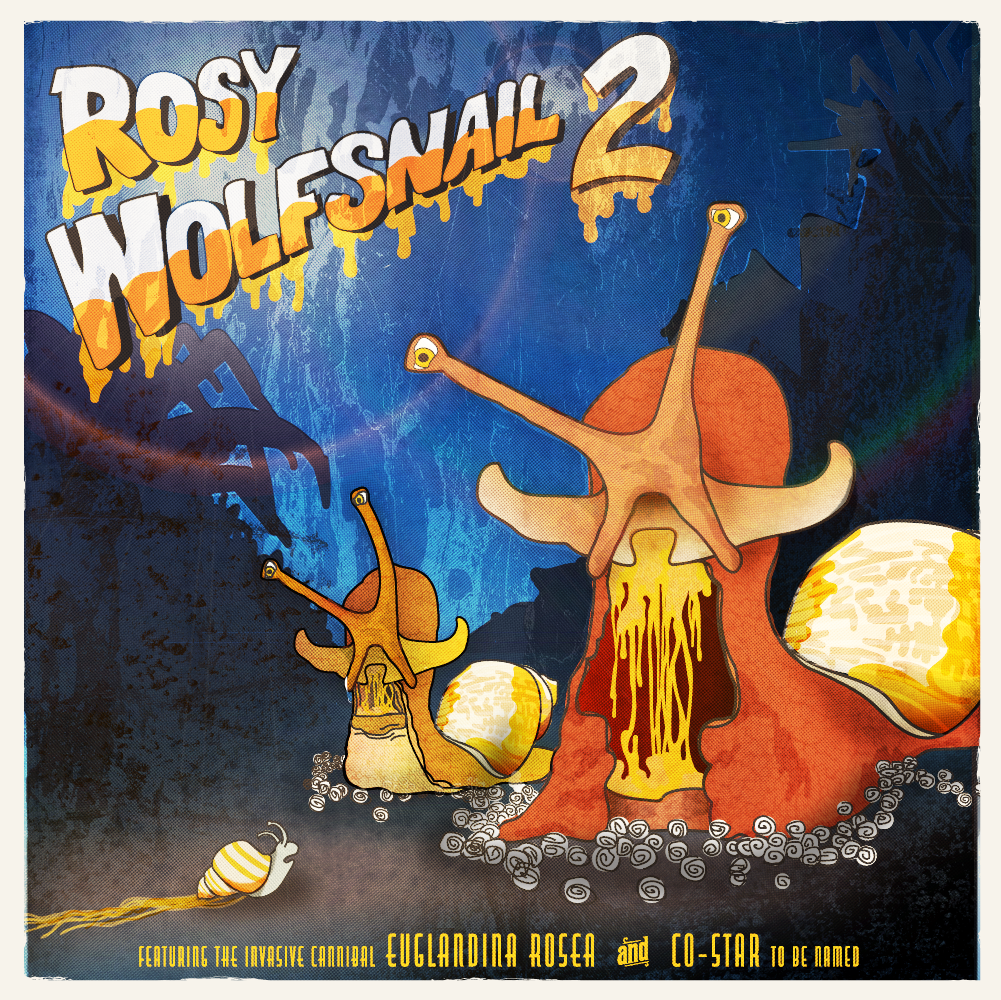 It’s like something straight out of a 1950s horror flick—a killer snail that devours its own kind by tracking their slime trails with its handlebar moustache-shaped sensors.

That’s right, the 3-inch “rosy wolf snail” from Florida has redefined the expression “at a snail’s pace” by quickly decimating its relatives in Hawaii and on many other islands over the last 60 years.

The shelled terror has earned recognition as one of the deadliest animals in the world—responsible, in part, for more than one-third of all animal extinctions since the Middle Ages. In a strange turn of events, University of Florida malacologist John Slapcinsky and colleagues at Pomona College, University of Hawaii and Howard University have found there’s actually two lethal gastropod species on the loose. What snail will be next? Slapcinsky says a species he recently discovered from a highly endangered group on the Pacific island of Palau may be its next victim.

The slimy menace is easily identified by two sensory appendages called oral lappets, which extend from the sides of its mouth like a handlebar moustache. 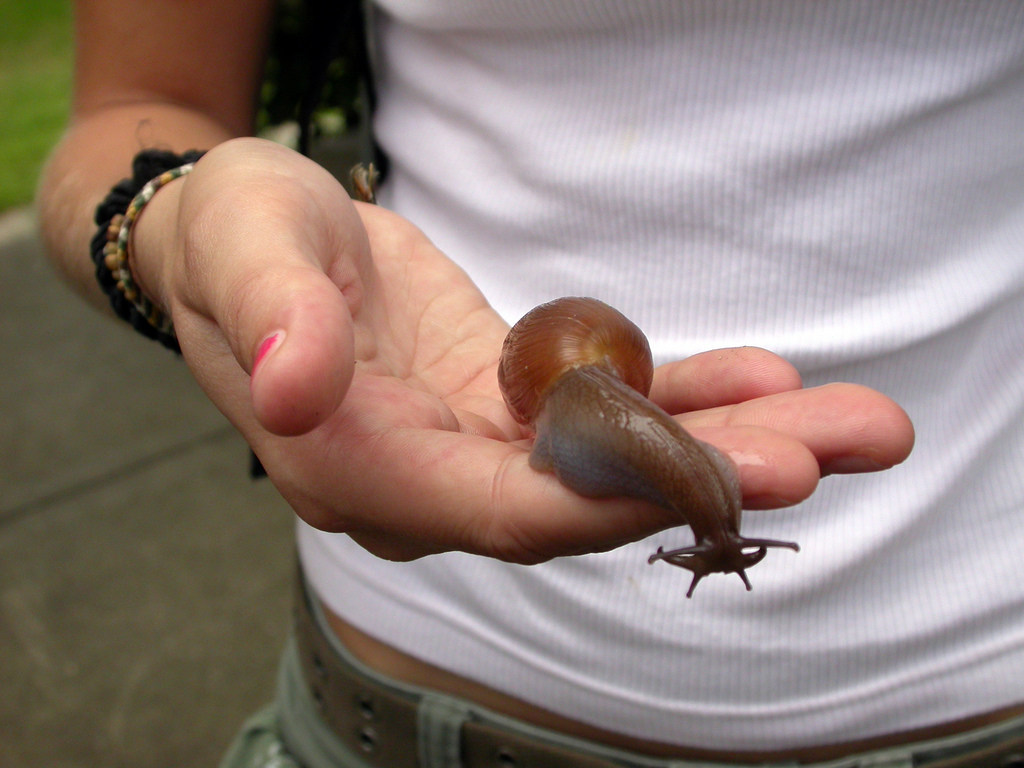 The predatory snail uses moustache-shaped sensory organs around its mouth, pictured here, to track its prey.

Slapcinsky said the secret to the rosy wolf snail’s (Euglandina rosea) fast takeover may be that the two species (the newest species isn’t named yet) each have their own special adaptations. These adaptations may allow each of the species to dominate different habitats, from up in the trees to down in the ground, covering more habitats and causing more devastation than a single species could, Slapcinsky said.

“It’s so widespread that nobody has been able figure out a way to get rid of it that wouldn’t harm native snail species,” said Slapcinsky, malacology collections manager at the Florida Museum of Natural History on the UF campus. “Two different species were introduced to Hawaii as pest control, but what’s most depressing is each individual species has their own ecology. So by introducing two of these, you’re covering more ground and impacting more native species than you would with just one.“ 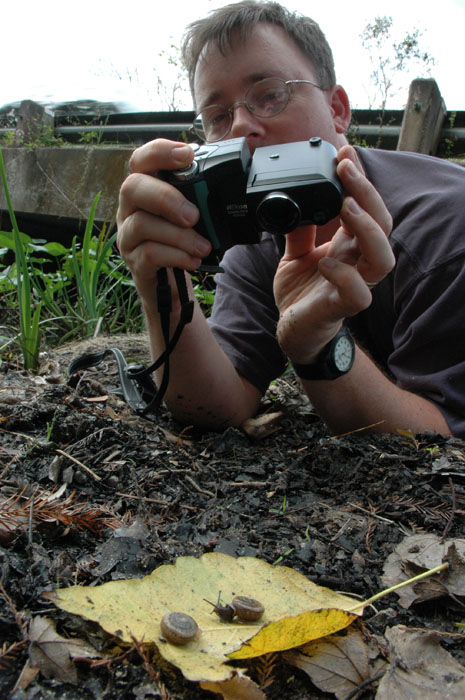 While the new discovery detailed in the journal Biological Invasions will serve as a warning against uninformed future introductions of non-native species as pest control, Slapcinsky said there is little scientists can do to stop the predatory snail and its attack in places where it is already introduced.

But we can prevent introductions to other Pacific Islands like Palau where Slapcinsky discovered the new genus and species Sphendone insolita in the highly endangered snail family Partulidae.

Slapcinsky was surprised to find the new snail from Palau in a group of tree snails belonging to the family Partulidae, an endangered group suffering some of the highest extinction rates of all animals. These extinctions were, in part, the result of the deliberate introduction of the predatory wolf snail from Florida, Slapcinsky said.

The fate of S. insolita depends on whether or not other scientists and governments ensure that species used as pest control are scientifically proven to only impact target species.

Otherwise, we face very serious consequences. While Euglandina’s impact on Hawaii, where 65-90 percent of the nearly 800 native snails are extinct, has been especially severe, the snail has also ravaged species in Bermuda, Samoan Islands and Society Islands.

Hawaii’s Department of Agriculture introduced Euglandina from Leesburg, Florida, during the 1950s in an attempt to exterminate a large African snail that smuggled itself onto the island, possibly on WWII equipment after the war. It proceeded to wreak havoc on agricultural crops, leading to the introduction of biocontrol species, including the predatory wolf snail. 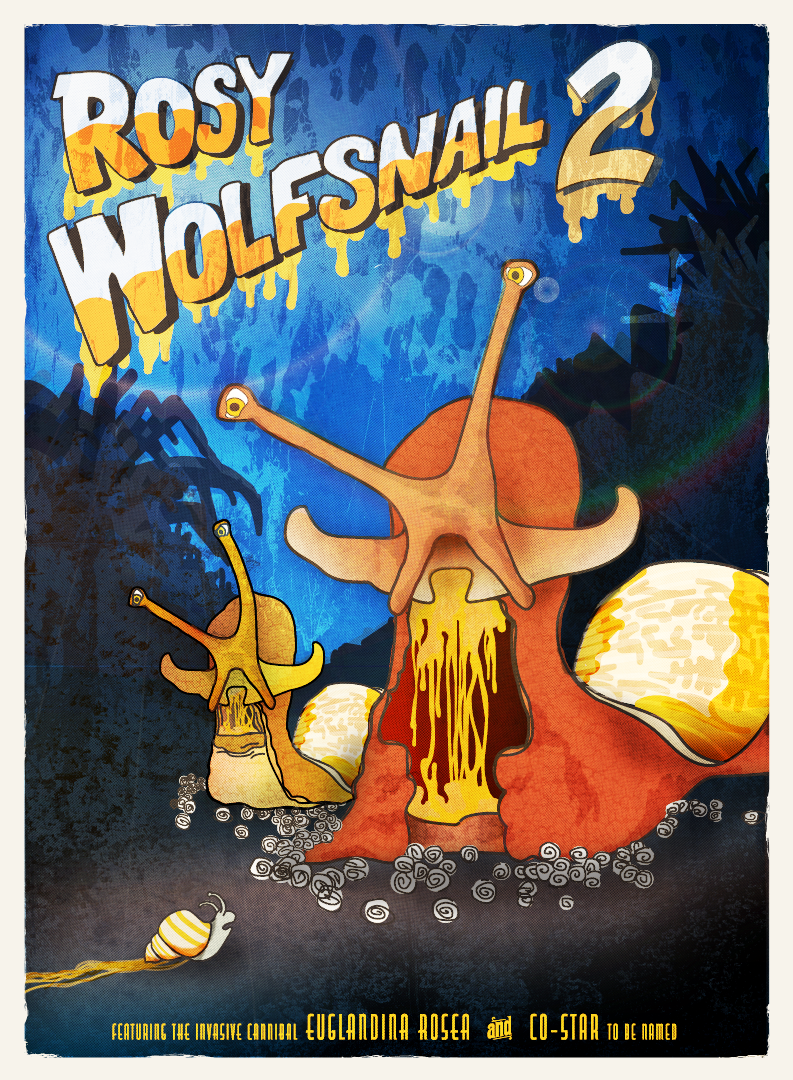 But instead of attacking the pest, the wolf snail attacked native snail species that were not adapted to Euglandina as a predators, hence leading to the extinction or endangerment of hundreds of native snails. Unlike their Pacific counterparts, Florida’s snails have developed adaptations for living with the predatory snail.

“The problem with using snails to control other introduced snails is that predatory snails are not very specific. They will eat almost any fellow snail,” Slapcinsky said by phone from Hawaii. “Euglandina is still here, and there are many areas where you cannot find any native species of snail—places where you used to be able to find diverse native fauna.”

Whenever entire groups are wiped out, it is inevitable that there are consequences. Snails, for example, eat algae and fungus on leaves, removing cruddy materials that might interfere with plant growth. What happens when they are removed? The full extent of what impact the removal of native snails has on local ecosystems is not clear, but Slapcinsky said little known species that become extinct may have had important benefits for the environment.