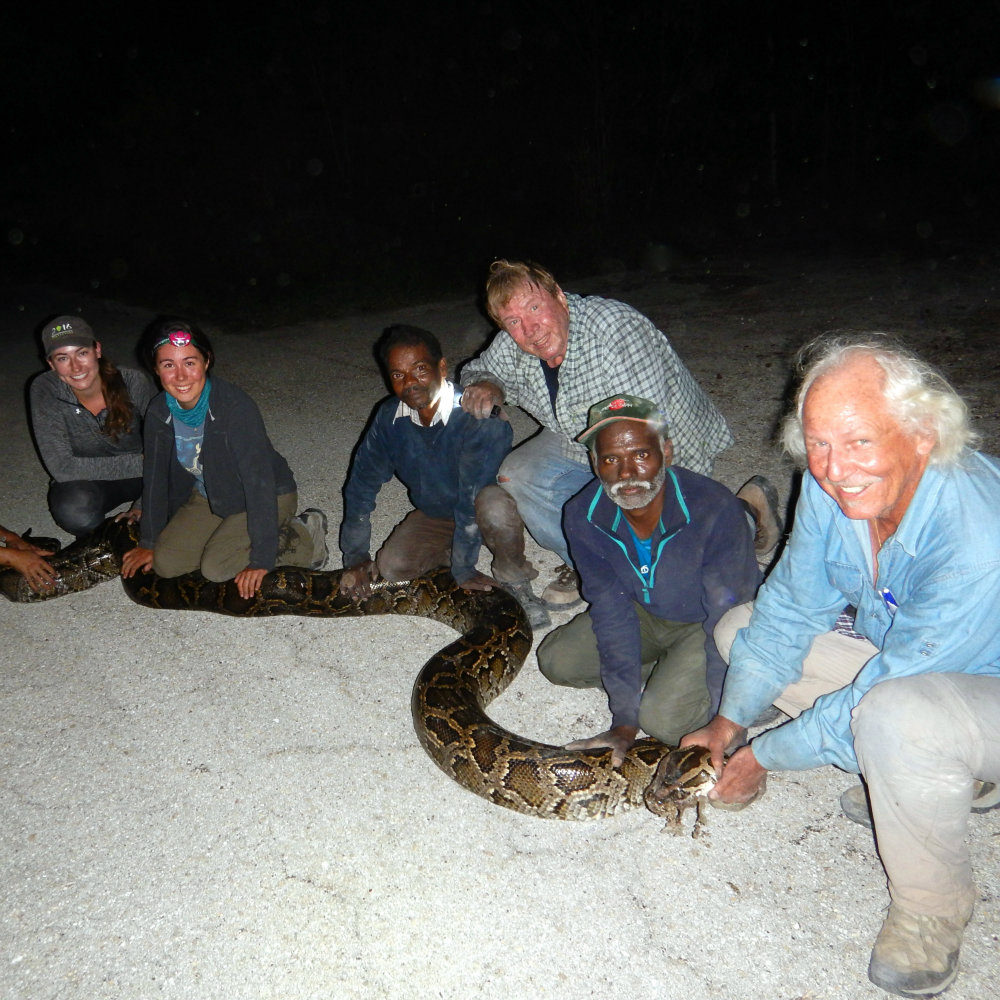 Two University of Florida Institute of Food and Agricultural wildlife biologists are using tribesmen from India and Labrador Retrievers to help the state remove Burmese pythons from the Florida Everglades.

The Florida Fish and Wildlife Conservation Commission reached out to Frank Mazzotti, a professor of wildlife ecology and Christina Romagosa, an assistant research professor to help find and eradicate Burmese python in the southern part of the state. Mazzotti and Romagosa, both in the UF/IFAS department of wildlife ecology and conservation, decided to team up using unique methods to rid the state of the invasive pest.

“The Irula tribesmen, located in southern India, are world renowned for their ability to catch snakes,” Mazzotti said. “I heard about them through an acquaintance, Rom Whitaker, who lives in India and works with the tribesmen. He recommended that I work with the Irula to find the Burmese python in the Everglades, and five years later we finally made it happen.”

Two Irula tribesmen will spend two months in Florida, living in a private home, Mazzotti said. Whitaker and a colleague from India are translating for the tribesmen, he said.

“The job of the tribesmen is to find the snakes, catch them and teach us how to do it better,” Mazzotti said. “They are better at finding snakes than anybody else in the world. And when they catch the snakes they don’t let go, no matter what refuge the python might seek.”

Meanwhile, Romagosa leads a team that uses canines provided by the Auburn University Canine Performance Sciences program to detect the Burmese pythons in the greater Everglades. Recently, Romagosa, who is an expert on invasive species, used the dogs in North Key Largo to find python. She then turned to Mazzotti for help in capturing them.

“We were in Crocodile Lake National Wildlife Refuge and the dogs indicated that there was python activity in that area. The dogs sat around the bunker, but they couldn’t exactly pinpoint where the odor was coming from,” Romagosa said. “The next day, The Irula came to the bunker and went into a shaft at least 10 feet down into the ground. The tribesmen found a 16-foot female Burmese python with two smaller males, and another male snake in a nearby location.

“This is a great example of my team being able to locate the snakes, and Dr. Mazzotti’s team removing the python. These techniques help us to target our searches better.”

According to Mazzotti, there are no estimates for the number of Burmese python in the Everglades. Researchers believe the pythons were released into the Everglades or escaped pet owners.

“Hopefully, we can manage or eradicate an invasive species that is wreaking havoc on the ecosystem,” Mazzotti said.