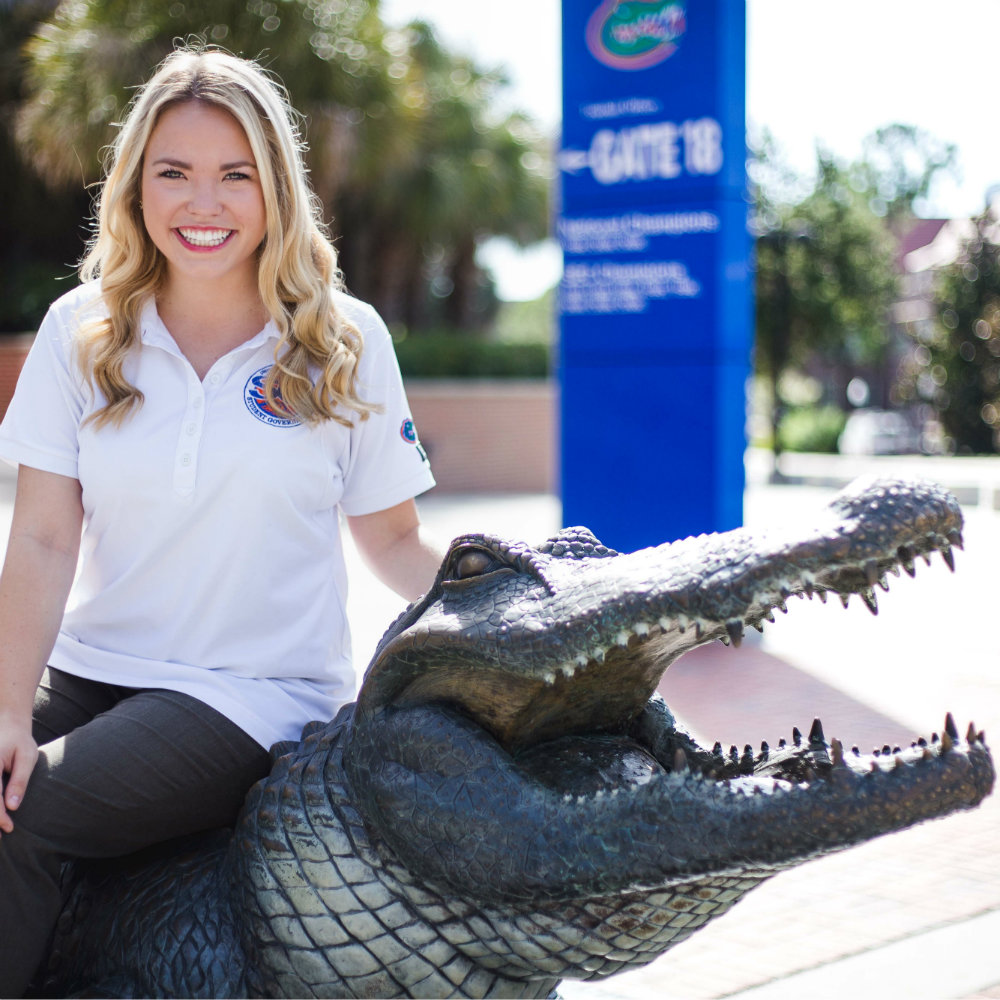 Out of nearly 3,000 applicants from 119 countries, University of Florida student body president Susan Webster has been chosen as a Schwarzman Scholar, receiving a full scholarship to pursue a one-year master’s degree at Tsinghua University in Beijing.

Webster, a master’s student in management in UF’s Hough Graduate School of Business, was one of 125 scholars selected.

The program, which prepares emerging leaders for the geopolitical landscape of the 21st century, identifies scholars based on their academic excellence and leadership potential.  In her time at the University of Florida, Webster established herself as a leader in student government and the Gainesville community. She viewed the Schwarzman Scholar Program as a unique opportunity to combine her experience in public policy with her passion about the Chinese-American relationship.

Webster became interested in the Chinese-American relationship after enrolling in a Chinese language course as an undergraduate. She studied abroad in Chengdu the summer after her freshman year and gained further appreciation of Chinese culture, which she carried into mentoring Chinese exchange students in Gainesville.

“I was able to help acclimate them to the university, whether that was through helping them run for office in student government or showing them what a Gator game day was like. Likewise, when I went to China, they truly took me in as family as well — it showed me the true meaning of what the Gator Nation is,” Webster said.

Webster is excited to continue her education as a Schwarzman Scholar in Beijing, where she will spend a year immersed in an international community of intellectual and cultural engagement.

“I am looking forward to meeting the other scholars that are from many different countries and experiences,” she said. “I’m also excited to learn more about public policy and I am very thankful for this experience.”