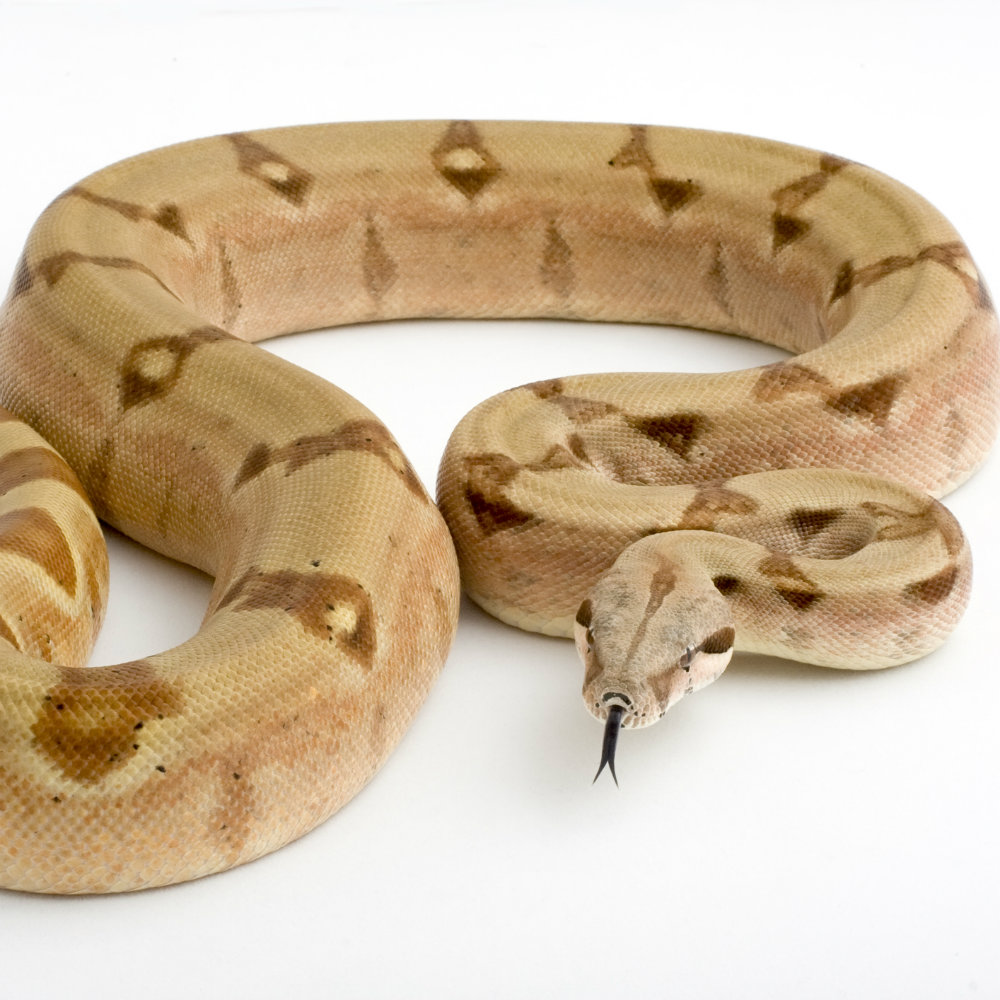 About 150 million years ago, snakes roamed about on well-developed legs. Now, two University of Florida researchers have discovered how snakes’ legs eventually disappeared.

Snakes lost their legs due to a trio of mutations in a genetic switch — known as an enhancer — that controls the activity of a gene required for limb development, according to research by Martin Cohn, Ph.D., a professor of molecular genetics and microbiology in the UF College of Medicine, and Ph.D. candidate Francisca Leal. The findings appear today (Oct. 20) in the journal Current Biology.

Taken together, the mutations in the enhancer of a gene known as Sonic hedgehog disrupt a genetic circuit that drives limb growth in snakes. Cohn and Leal made their discovery by studying genetic activity in developing python embryos and by comparing DNA sequences of snake and lizard genomes. While some snakes, such as cobras and vipers, are completely limbless, pythons and boa constrictors have retained some vestiges of their leg structures.

In embryonic pythons, Leal and Cohn found that the three mutations work cumulatively to abolish a region of the Sonic hedgehog enhancer where proteins bind to DNA, known as transcription factor binding sites. That affects the way genetic information is ultimately transcribed. Essentially, the enhancer functions like a genetic “switch” that turns on the Sonic hedgehog gene during limb formation. With three activators of the switch deleted in pythons, the Sonic hedgehog gene only flickers on before going silent, ending the process of leg growth in the embryo.

“It’s exciting to know the precise nucleotide changes that are responsible for limb reduction,” Cohn said.

Surprisingly, the rest of the genetic machinery for developing legs has remained in place for millions of years and still exists in pythons and boa constrictors. Leal and Cohn found that python embryos form leg “buds” and turn on the entire genetic program needed to make legs, but the circuit breaks down after the Sonic hedgehog gene switches off.

Although the Sonic hedgehog enhancer is degraded, other enhancers remain intact, including those that facilitate the activity of a gene called Hoxd13, which is needed to build hands and feet. The researchers found the cellular beginnings of the entire leg skeleton, all the way to the toes, in python embryos. But by the time the young pythons hatch, all that remains is a tiny rudiment of the femur.

“The results tell us that python limb development progresses much further than we knew before. They make embryonic legs but the cells don’t complete the process of skeletal development,” Cohn said.

So while pythons and boas retain rudimentary legs, more advanced snakes ultimately lost their legs altogether. The work by Leal and Cohn helps to explain exactly how that happened. In the laboratory, they found that completely limbless snakes such as cobras and vipers show more extensive decay of the Sonic hedgehog limb enhancer than pythons and boa constrictors.

During the past 20 years, other scientists have described snake fossils with functional hind legs outside their rib cages. The fossils are estimated to be at least 90 million years old, and while at least one of these species likely retains the legs of its limbed ancestors, some scientists believe that legs re-evolved in other snakes. Cohn thinks that their discovery of a transitory leg skeleton in python embryos shows the relics of ancestral snake legs and could have provided the raw material for limbs to re-appear. The mutations that eliminated snake legs likely arose around 100 million years ago during the Upper Cretaceous period, according to Cohn and Leal’s genomic studies.

In 1999, Cohn published groundbreaking research detailing the molecular basis of limb loss during snake evolution. He credits Leal, who has a background in herpetology, for wanting to revisit the topic now that technology has advanced the understanding of snake genomics.

Because some of these transcription factor binding sites had not yet been discovered in mammals, the latest findings also create an opportunity to go back into mouse models and perhaps even humans to look for mutations in the same genomic regions, Cohn said. While there are no immediate plans to do that, he said the findings in snakes demonstrate the power of evolutionary and comparative biology to pave new roads for biomedical science.

Leal said it is thrilling to confirm that certain snakes have retained the molecular machinery for making limbs for millions of years.

“This surprising conservation and the specific modifications in the snake genome are a clear testament of their ancestry. Snakes clearly evolved from limbed ancestors and their genomes demonstrate this,” she said.

The research was supported by funding from the Howard Hughes Medical Institute, a Maryland-based science philanthropy that funds biomedical research and science education.