Beauty and the beets: Curbing our obsession with perfect produce 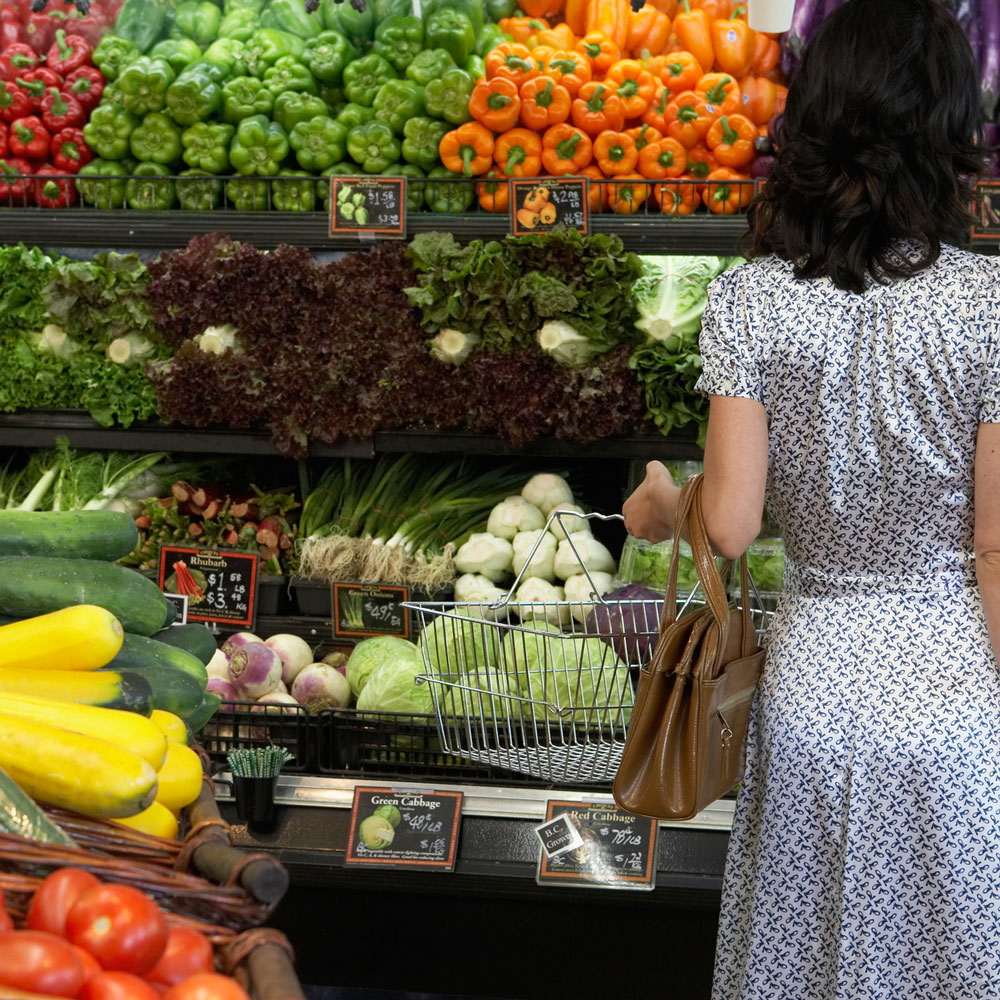 When Jeff Brecht was five, a hailstorm left marks on the plums growing on his uncle’s farm in California. The plums were edible – in fact, they tasted wonderful – but no store would buy them.

Brecht, now a plant physiologist at the University of Florida, studies the best ways to get produce from farm to fork in good condition. The hailstorm was his first encounter with the waste created by the demand for perfect-looking produce, but it certainly wasn’t his last.

Waste happens at farms, where vegetables with less-than-ideal shapes or colors go unpicked. It happens when grocery stores choose fruit that’s uniformly ripe instead of offering a range of ripeness. And it happens in our homes, when we discover that much of the produce we purchased looks better than it tastes. (Had a Red Delicious apple lately? Chances are it was red, but not delicious.)

So how can you avoid wasting food and money? Brecht offers five tips:

“For generations, breeders chose disease-resistance over flavor,” said Brecht, the director of the Center for Food Distribution & Retailing in UF’s Institute of Food and Agricultural Sciences. “I firmly believe that if modern produce varieties tasted better, people would eat more of them.”

Beauty can be the enemy of flavor: The color synthesis that creates a deep red apple, for instance, undermines the aromatics that make it taste good. But a delicious Red Delicious isn’t extinct. Look for the streaked strains of the variety grown in Michigan, North Carolina and New York, Brecht says. Customer demand for flavor-first products can shape stores’ decisions, as demonstrated by the success of the UF-developed Tasti-Lee tomato, which was bred to return vine-ripened flavor to grocery-store shelves.

Cosmetic defects cause up to 20 percent of the fruit and vegetable United States harvest to go to waste. If that bothers you, try shopping closer to the farm. Farms and farmers’ markets might even give you a discount on fruit that tastes better than it looks. Some European grocery stores have begun selling ugly fruit at discount prices, and the California-based chain Raley’s debuted a similar pilot program. It couldn’t hurt to make a request at your local market, Brecht says. “If there are enough people saying they wouldn’t mind buying ugly fruit, some retail chains might try it.”

The quest for perfection extends to the shopping experience – retailers want to provide the items customers are looking for wherever and whenever they want them. But better flavor can mean reduced availability. (If you want produce that tastes the way you remember it, you might have to accept that you probably won’t get great-tasting cherries in January.) Retailers also like to provide predictability from store to store, meaning they gravitate to suppliers who can send a massive shipment of similar produce to an entire region. Some stores, such as Publix, are embracing limited-availability items, enabling them to buy smaller batches of produce that’s particularly tasty even if it supplies 100 stores instead of 1,000. So instead of being annoyed when you can’t find tree-ripened peaches every time you shop, you might want to thank the produce manager for having them at all.

Because Americans spend such a small percentage of their income on food relative to other countries, we tend to discard it without feeling much guilt: We know we can buy better, fresher produce inexpensively. The next time you’re about to toss produce that’s looking a little shriveled or overripe, consider tossing it into a smoothie instead of the trash. Tracking how much food you waste can also be eye-opening: The USDA estimates that about 40 percent of food produced in the U.S. never gets eaten.

Buying produce grown in your area can provide better-tasting food with less waste. That’s partly because food that travels a long way to get to market is often picked before it’s ripe, which doesn’t deliver the best flavor.

“Peaches from Chile, for example, have been on a boat for weeks before they get to you. That requires that the fruit spend less time on the tree, when photosynthesis would normally be sending sugar from the leaves to the fruit,” Brecht explains.

And while suppliers try to control the temperature of the produce from field to store, fruit that gets too warm or cool might not be at its best. A melon that’s been chilled too much won’t produce the aroma volatiles that contribute to its taste. (A dead give-away: If a melon doesn’t have melon aroma at the store, it will never taste good. The same goes for peaches.) A shorter supply chain reduces the likelihood that temperature damage will cause the produce to spoil early or lose its flavor.

“When you buy something the day it’s harvested, cooling doesn’t matter so much,” Brecht said. It will also last longer once you bring it home than produce that’s been on a world tour – meaning you’re more likely to enjoy it before it’s past its prime.