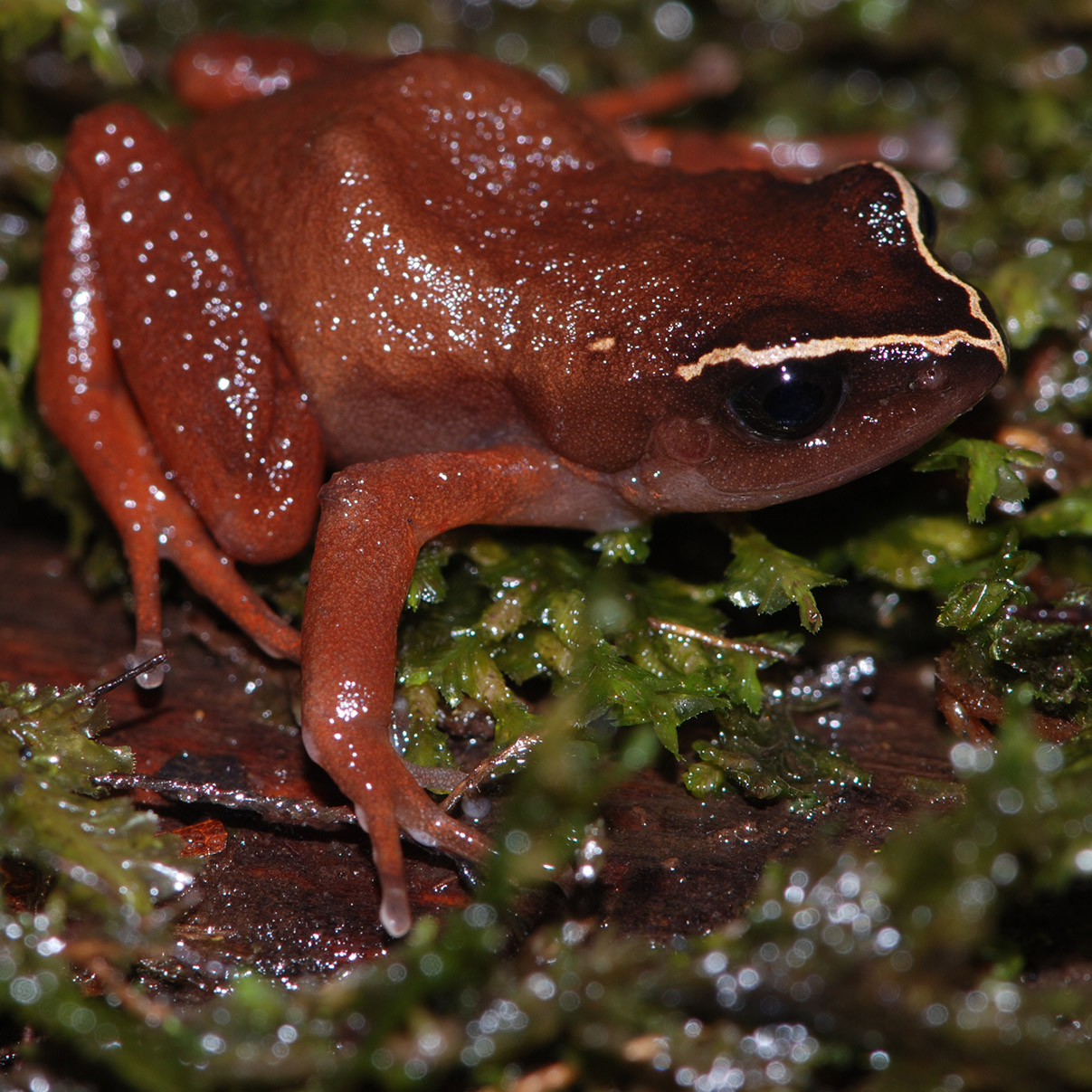 Misty mountains, glistening forests and blue-green lakes make Cameroon, the wettest part of Africa, a tropical wonderland for amphibians. The country holds more than half the species living on the continent, including dozens of endemic frogs — an animal that has been under attack across the world by the pervasive chytrid fungus (Batrachochytrium dendrobatidis). Africa has been mostly spared from the deadly and rampant pathogen that wiped out entire species in Australia, Madagascar and Panama — until now.

University of Florida herpetologist David Blackburn and colleagues at the Museum für Naturkunde in Berlin have documented declines in frog species on Cameroon’s Mount Oku and Mount Manengouba over a span of more than 12 years. The scientists link the decline of at least five species of frogs found only in these mountains to chytrid, which may have been exacerbated by habitat destruction, pollution and climate change resulting in weaker and more susceptible frogs, said Blackburn, an associate curator of herpetology at the Florida Museum of Natural History on the UF campus.

“There’s been this perception that frogs in Africa are not affected by chytrid at all, but we have evidence of the disease in some animals,” said Blackburn, co-author of a new study appearing online this week in PLOS ONE. “This is the first real case of a decline across multiple amphibian species in Africa.” 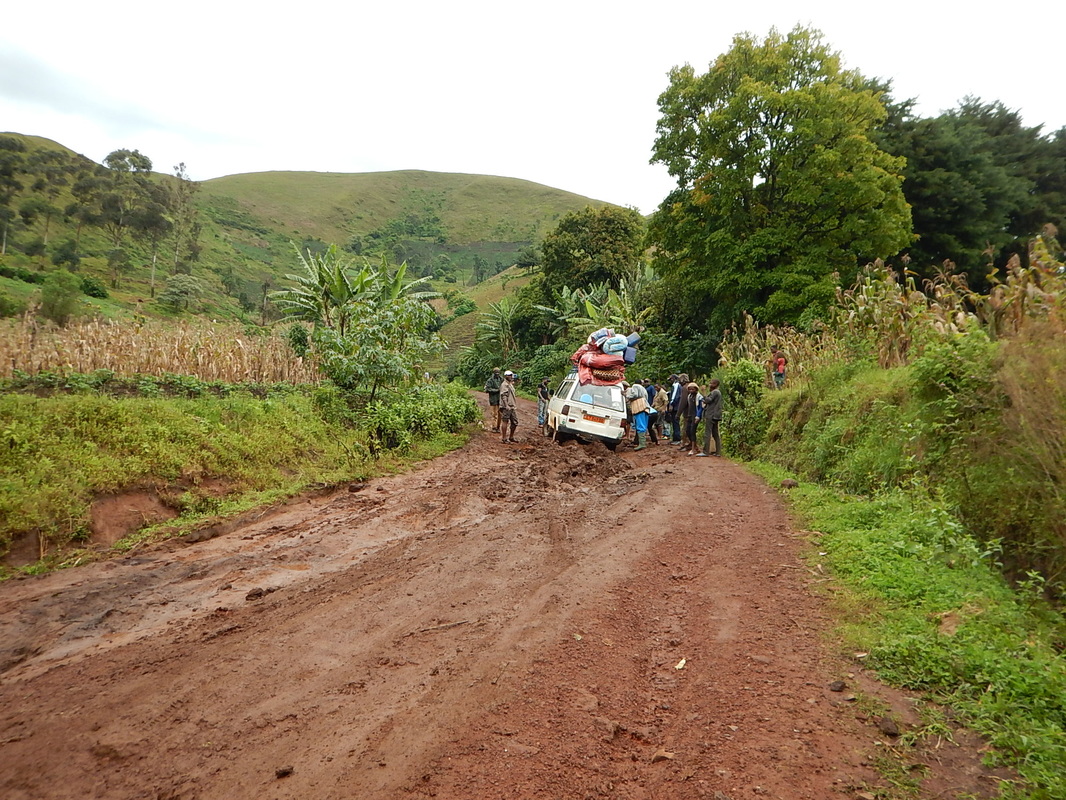 The road up Mount Oku, the second highest mountain in Cameroon and an important center of amphibian diversity in Central Africa.​ Photo by David BlackburnStudy scientists collected and documented abundance and diversity of frog species living on the two mountains before and after the immergence of chytrid in the area between 2008-2010. The persistent pestilence latches onto the frog's skin, affecting the function of internal organs and quickly leading to death.

Blackburn said many of the once common species, like the bright red Cardioglossa manengouba, a frog he discovered and named during graduate fieldwork in the early 2000s, are now scarce and nearly impossible to find.

“It’s looking like some of these frogs may not be around by the time my kids are old enough for me to take them to Cameroon to see them,” he said.

While chytrid is to blame for most of the patterns of decline in frogs worldwide, Blackburn said scientists have linked the fungus to climate change, which may drive the emergence of chytrid in some places.

"Our research has shown there may be an underappreciated link between climate change, disease and biodiversity losses," Rohr said. “Global warming and the severity of unpredictable variations in temperature increase chytrid growth on amphibians.”

Blackburn said extreme temperature changes may affect the biology of the frogs by making them more, or less, susceptible to pathogens. He said this could easily be a factor in Cameroon, though he and colleagues have not yet collected enough data to make that call. 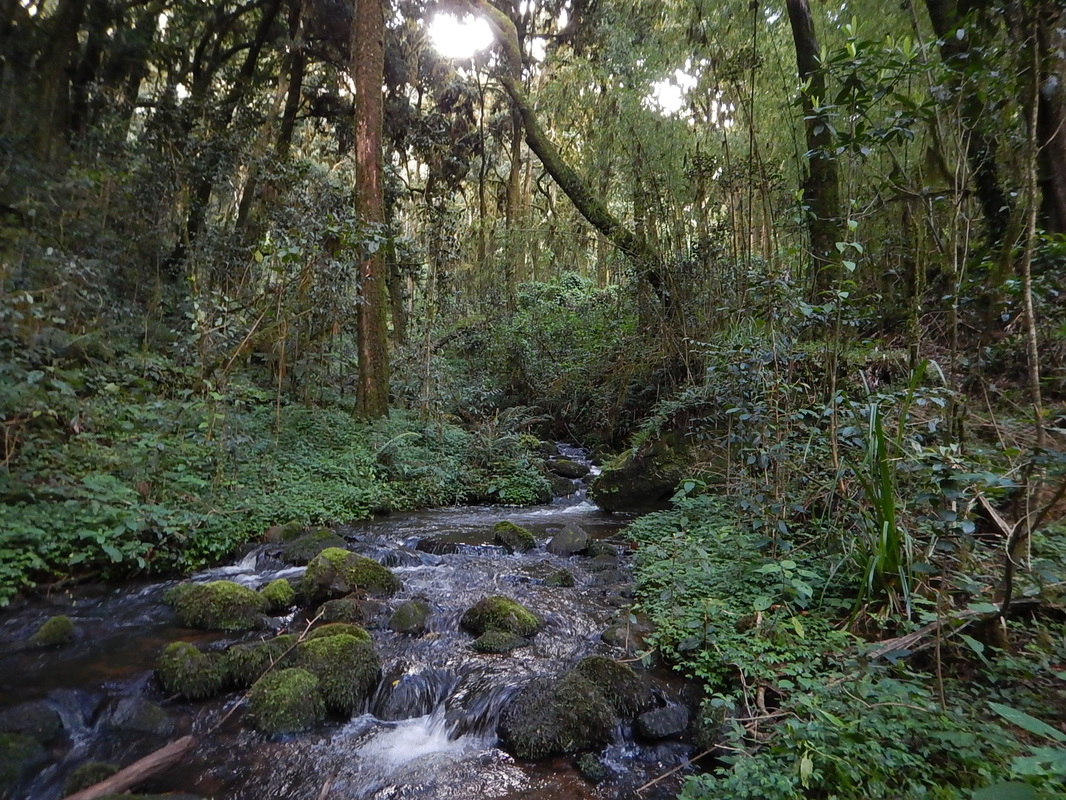 A view of the forests on Mount Oku where some frog populations now experiencing declines once flourished. Photo by David Blackburn​In captivity, frogs with chytrid are treated with an effective fungicide bath. In the Sierra Mountains of California, scientists have successfully released frogs inoculated with bacteria that make them less vulnerable to chytrid. But these methods are less practical in the mountains of Cameroon.

“Even if a cure was found, it would be hard to inoculate all of the individual frogs out there,” Backburn said. “Promoting a healthier environment in general for Africa’s amphibians in terms of water quality and habitat protection is our best shot for keeping these species around.”