To save energy, fish use their heads 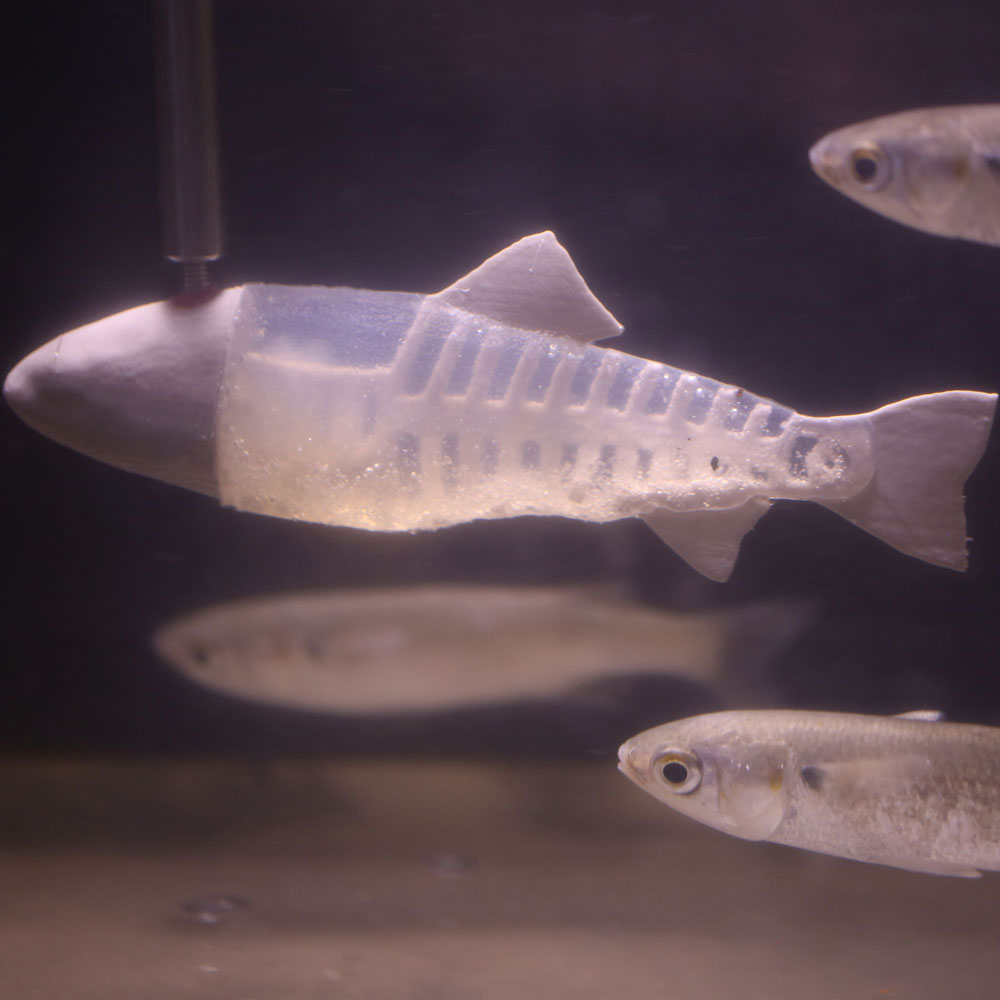 Scientists used to think a fish’s head motions were just a byproduct of swimming.

Using 3-D printed fish, University of Florida scientists Otar Akanyeti, James Liao and collaborators at Harvard showed that head motion can make a fish’s movement and respiration more efficient. The Nature Communications study sheds light on how other undulating animals — as well as machines — might use movement design to save energy.

Akanyeti, a research scientist in the Liao Lab at UF’s Whitney Laboratory in St. Augustine, used a high-speed camera to observe live rainbow trout and 3-D-printed fish in a flow tank, discovering that head movement was more intentional than previously thought, and that respiration was closely linked to head movement and pressure from the flow of the water around the fish.

"Moving the head in a very specific way allows fishes not only to swim most efficiently, but also to be most sensitive to the flow environment and reduce the cost of respiration,” Liao said.