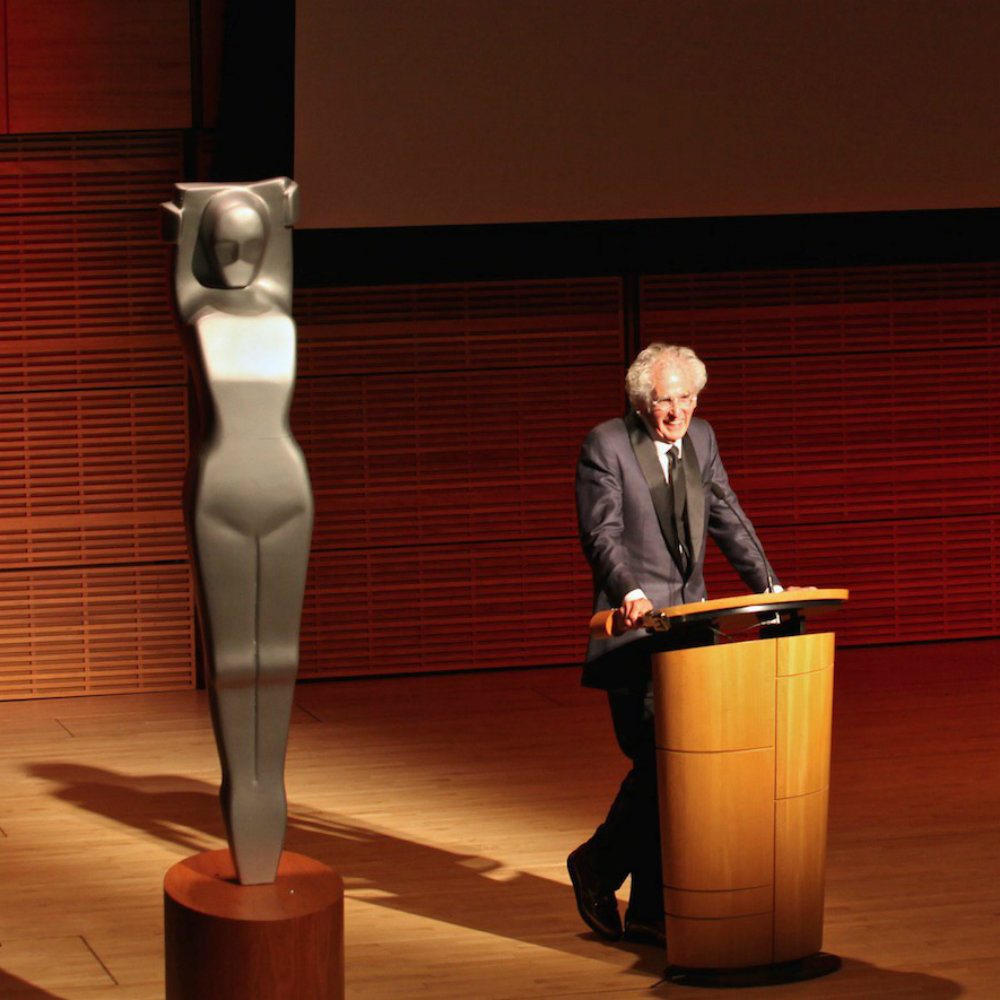 A University of Florida professor emeritus was honored at the 13th annual Lucie Awards, the premiere event honoring the greatest achievements in photography from around the globe.

Jerry N. Uelsmann, who taught at UF from 1960 to 1998, is the organization’s 2015 honoree in the Achievement in Fine Arts category. He accepted the award Oct. 27 at Carnegie Hall in New York City.

“Jerry Uelsmann has a distinguished national and international career in photography,” Lavelli said. “His work has touched the lives of students, colleagues and arts audiences across the world.”

One of Uelsmann’s signature accomplishments at UF was the launch of a creative photography program, one of the first of its kind in the United States. The College of the Arts honored him in 2012 with an honorary Doctor of Fine Arts degree.

“If I have an agenda,” Uelsmann said in a 2013 interview, “it is to amaze myself. I believe in photography in all its forms. It has become my way of relating to all the world and to myself.”

Born in Detroit on June 11, 1934, Uelsmann received a bachelor’s of fine arts degree at the Rochester Institute of Technology in 1957 and a master’s of science and master’s of fine arts at Indiana University in 1960. He became a graduate research professor of art at UF in 1974.

Uelsmann’s work is currently featured in the Harn Museum’s exhibition NEXUS: Experimental Photography in Florida, on display until Nov. 29, as well as University Gallery’s UG at 50: Class of (circa) ’65 exhibition, which features the work of Mernet Larsen and Robert Fichter, students of Uelsmann’s. UG at 50: Class of (circa) ’65 is on view until Dec. 4.