Beyond the temples, ancient bones reveal the lives of the Mayan working class 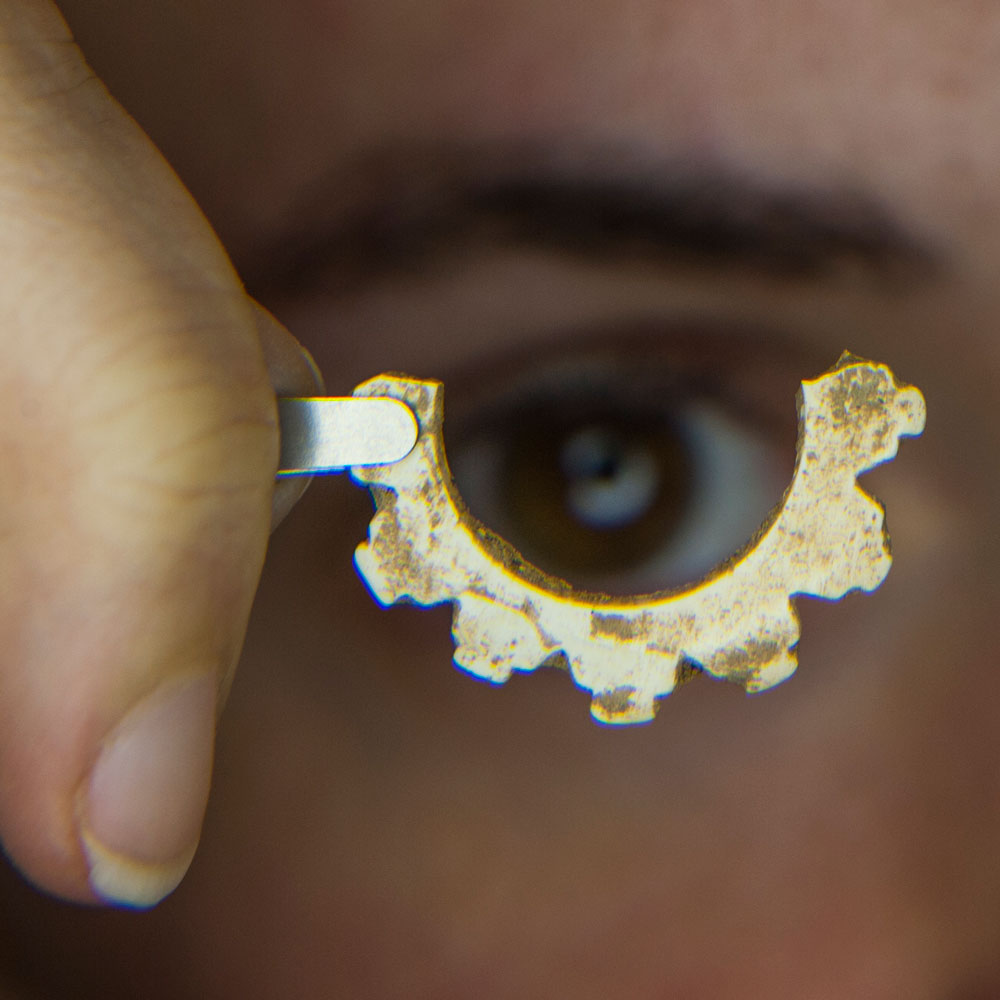 Most of what we know about Mayan civilization relates to kings, queens and their elaborate temples. To understand what life was like for the 99 percent, one researcher turned to ancient animal bones stored at the Florida Museum of Natural History.

Ashley Sharpe, a doctoral student at the museum on the UF campus, says the picture researchers have painted of the Maya people isn’t broad enough.

“When you think about the Romans and the Greeks, we know a lot about all of the different social classes — from the Caesars down to the commoners — but although there were tens of thousands of middle-class and lower-income Maya in big cities, we still don’t know much about the everyday lives of most people.”

For the first time in Maya archaeology research, 22,000 animal remains at the museum, one of the largest collections of its kind outside of Central America, were used as clues about life in the Maya lower classes. The bones revealed that the civilization known for its art and astronomy also had political and economic systems that were more complex than previously thought – systems similar to modern societies. The details are described in a new study appearing online this month in the Journal of Anthropological Archaeology.

“We looked at how the Maya acquired and distributed animal resources in order to learn more about the economy and how the royal, elite and lower classes interacted,” said Sharpe, who has either lived in or made frequent trips to the Maya region since 2008. “It turns out, the Maya states and classes were not all homogenous. They had complicated systems in place for trade relations, distribution of food and access to species, which varied among the cities and social classes much like they do today.” 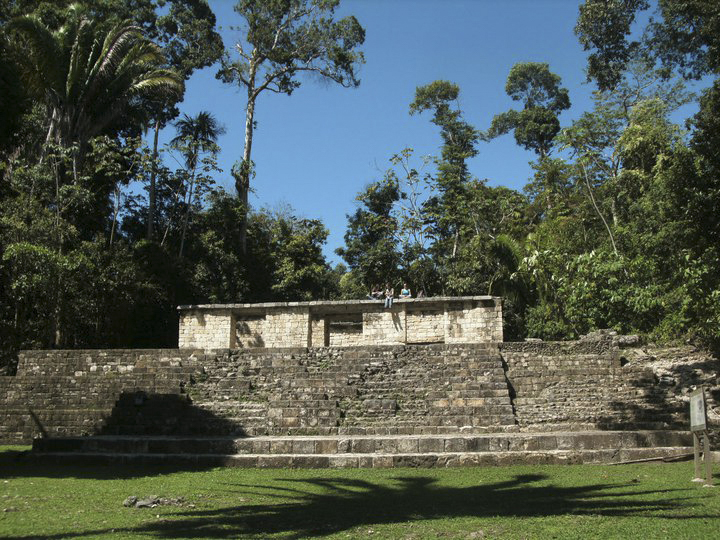 Sharpe and co-author Kitty Emery, Florida Museum associate curator of environmental archaeology, examined the animal remains recovered from the ruins of three Maya city-states in Guatemala, including the famous site of Aguateca (photo courtesy of Ashley Sharpe) that was burned after a surprise enemy attack which resulted in a level of preservation similar to the Roman ruins of Pompeii.

Sharpe traced the movement of animals and their resources from trade partners to Aguateca and the capitals of Piedras Negras and Yaxchilan. She also followed the flow of resources between royalty, the rich and the poor at the capital cities and to the less powerful surrounding villages.

“The Maya used animals for things like hides, tools, jewelry and musical instruments, but they were also vitally important as emblems of status, royalty and the symbolic world of the gods, and thus often were prime resources jealously guarded by the rich and powerful,” Emery said.‌

Surprisingly, however, study researchers found that middle-ranking elites used the widest variety of animals. Royalty and other high-ranking elites focused on a select group of symbolic and prestigious animals like jaguars and crocodiles, Sharpe said.

“We had expected that the elites would have the highest diversity but that was not the case,” she said. “The elites ate animals that were considered delicacies, sort of the way people in our own upper class eat things like caviar, but the rest of us think it’s kind of gross.”

Sharpe said poor villagers mostly ate fish and shellfish from rivers near their homes. However, both the poor and middle-elite classes living at the capitals kept a wider variety of animals for themselves than they shared with the surrounding villages, particularly more species from deep inside forests and from the ocean, which was 50 to 100 miles away. At Aguateca, more than 100 miles from the nearest coast, thousands of marine shells were found covering the floors of ancient households and craft workshops.

“These people didn’t have pack animals like in the Old World where they had horses and donkeys to carry goods,” Sharpe said. “They were literally carrying things on their backs from the sea. They did have rivers to help with transportation, but not a lot of rivers, and on land they also had the jungle to contend with.”

At Yaxchilan, more than half of the skeletons found were deer, suggesting residents primarily relied on nearby forests, including the deer that fed on their corn fields. However, much like in medieval Britain, there is evidence the Maya may have regulated hunting and fishing, creating more of a divide in access to animal resources among the classes, Sharpe said. At each of the three cities, elites, middle and lower classes all had access to different types of species, both imported marine resources as well as animals that could be obtained from nearby forests and rivers, she said.

The differences in predominate species, such as marine animals and deer, show the city-states likely had different trade partners, which Sharpe said makes sense because we know there were, at times, hostilities between the cities. The differences could also point to unique cultural identities, she said. For example, the residents of Aguateca were known for their jewelry made from shells.

“This is the first time we’re seeing this sort of evidence for what the middle and lower classes were doing,” Sharpe said. 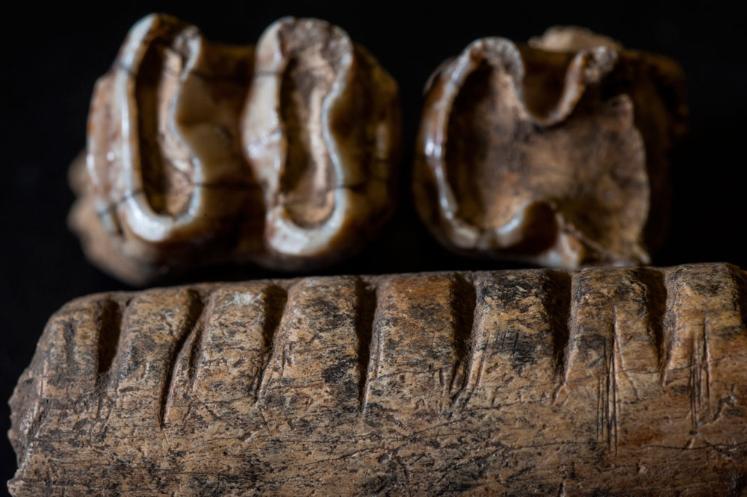 This cut jawbone and teeth of a tapir, a pig-like mammal that inhabits the Maya region, show carvings called ‘rasps’ made by an ancient Mayan. Researchers think these bones were used as musical instruments by rubbing a stick over the surface.

Archaeologists have been working amid dense jungle to understand how the many Maya city-states functioned since the early 20th century. They have raised questions about how states cooperated, or didn’t, with one another, how much control and interaction state capitals had with their subordinate villages, and how the various social classes differed, Sharpe said.

Sharpe and Emery decided to analyze animal bones to begin answering these questions because animal resources played such a vital role in the politics and economy of the Late Classic Maya civilization (A.D. 500-900), Emery said. But buried beneath the jungle floor in Guatemala are enough mysteries to fill Sharpe’s entire career.

“It almost doesn’t matter where you dig in the jungle near these centers, you hit paved limestone floor. It gives you the sense that at one time, the entire place was deforested and it was a massive city,” she said. “When you travel to these capitals, you drive over unexcavated mounds that were once people’s houses — people we know little or nothing about.”