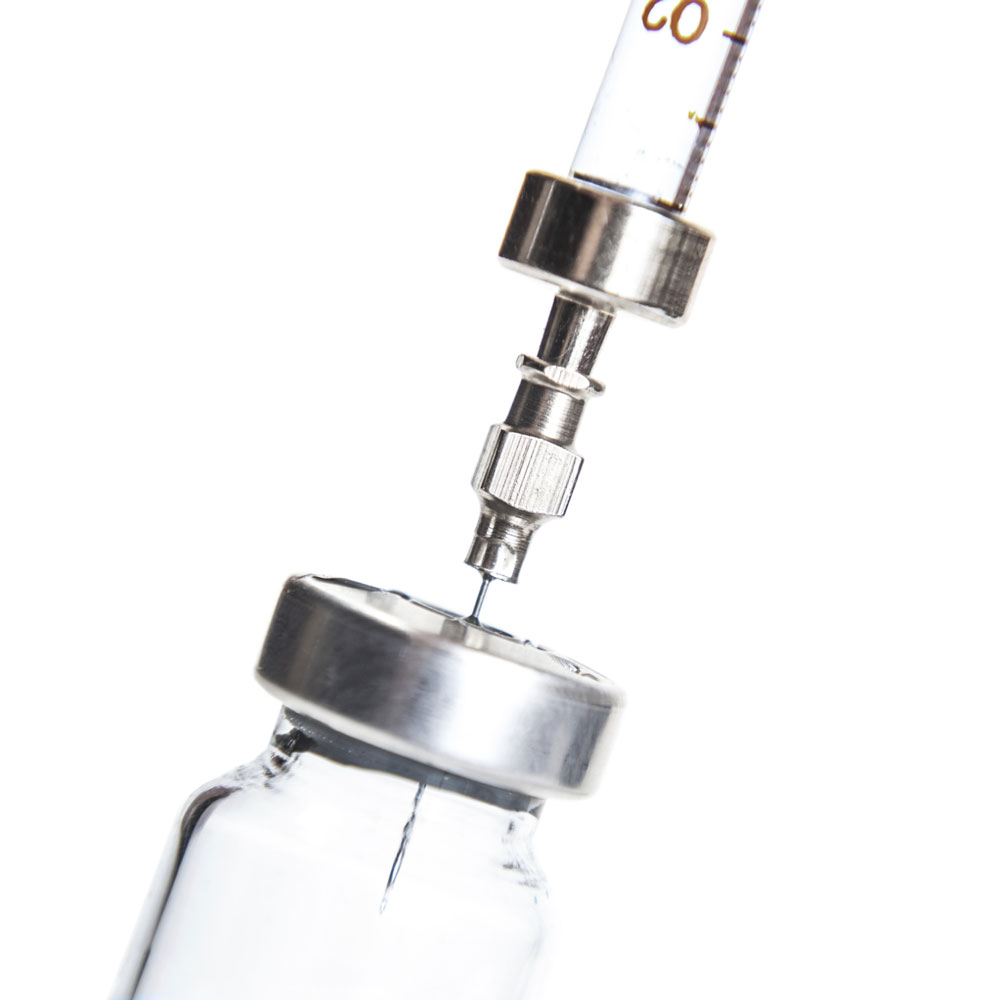 Vaccines exist to protect against many maladies — flu, chickenpox and polio, among others. University of Florida Health researchers hope to soon add Type 1 diabetes to that list.

The researchers recently published two papers that explore different methods of delivering a vaccine for Type 1 diabetes, both of which prevented 40 percent of the mice treated with the vaccine from developing the disease. The first paper was published in the Journal of Clinical Immunology and the second in August in the journal Scientific Reports, part of the Nature Publishing Group.

When a person develops Type 1 diabetes, their body’s immune system starts attacking insulin-producing cells, called islets, in the pancreas. Insulin breaks down glucose in food to produce energy for the body. Researchers think one way to help teach the body’s immune system to stop attacking insulin-producing cells is to deliver insulin, inactivated so that it does not affect blood sugar, in the body as a vaccine.

But they need to deliver the vaccine in a way that attracts the immune system, according toBenjamin Keselowsky, Ph.D., an associate professor in the J. Crayton Pruitt Family department of biomedical engineering. He and fellow UF Health researcher Clive Wasserfall, M.S., have developed two systems that use biodegradable biomaterials to deliver the vaccine.

“In our case, the immune system has already made the response, and we want to re-educate the system,” said Wasserfall, an assistant in pathology in the department of pathology, immunology and laboratory medicine and co-author of the papers. “It may seem paradoxical: Instead of inducing a response, with our vaccine, we’re trying to stop the immune response.”

The first study used two different sizes of microscopic particles, delivered together because their sizes cause them to be taken up in different ways by the immune system.

“The idea here is that we’re controlling the release and targeting key immune cells of the body,” Keselowsky said.

Groups of 10 mice were given vaccine injections at 4 and 5 weeks of age. Researchers monitored the mice’s blood glucose levels over 32 weeks. At the end of the 32 weeks, 40 percent of the mice were protected from Type 1 diabetes progression.

In the second approach the vaccine is delivered in a hydrogel. The hydrogel, made of more than 90 percent water, delivers an inflammatory signal that causes temporary inflammation. The inflammatory signal diffuses quickly into the body while the particles containing insulin remain at the injection site.

In the second study, the researchers gave mice the vaccine at 8 weeks of age, then booster injections at 10 and 12 weeks. While all mice became diabetic in the control group, 40 percent of the group receiving the vaccine remained diabetes-free.

“The two approaches are different when conceptualizing the immune response, but are complementary,” Keselowsky said. “Interestingly, their end effect can be the same.”

The researchers further studying these results and are determining to what extent the immune system is being educated by each vaccine as well as the safety of each vaccine for humans. In due course, they hope to move the vaccine to clinical trials.

“What we ultimately want to get to by having these multiple approaches is to find the safest vaccine as well as the vaccine that requires the lowest number of injections,” Wasserfall said. “We’re trying to reach this goal by approaching this through different fronts.”