University of Florida researchers have discovered that ancient peoples in the Indus Valley apparently did not stay put, as was previously thought. Equally surprising is how they found out: by examining 4,000-year-old teeth.

When tooth enamel forms, it incorporates elements from the local environment — the food one eats, the water one drinks, the dust one breathes. When the researchers looked at remains from the ancient city of Harappa, located in what is known today as the Punjab Province of Pakistan, individuals’ early molars told a very different story than their later ones, meaning they hadn’t been born in the city where they were found.

Much of what modern researchers have gleaned about our common ancestors, particularly those from Egypt and Mesopotamia, comes from well-studied tombs and burial sites. Discovering the narrative of peoples from the Greater Indus Valley — which comprises much of modern-day Pakistan and northwest India — is more challenging. The text of the Indus Valley Civilization remains undeciphered, and known and excavated burial sites are rare.

A new study, published in today’s PLOS ONE, illuminates the lives of individuals buried more than 4,000 years ago in those rare grave sites by providing a novel comparison of the dental enamel and chemical analyses of the water, fauna and rocks of the time, using isotope ratios of lead and strontium.

In its heyday, Harappa held a population of 50,000, although the number of individuals represented by skeletal remains across the entire culture area totals in the hundreds.

The UF research team was led by Benjamin Valentine, who was finishing his doctorate in anthropology at the time (and is now a post doc at Dartmouth); biological anthropologist John Krigbaum, his dissertation adviser; and geological sciences professor George Kamenov, an isotope geologist.

“The idea of isotope analysis to determine the origin of individual migrants has been around for decades. But what people haven’t been doing is looking at the different tooth types, essentially, snapshots of residents during different times of individuals’ lives,” said Valentine. “We didn’t invent the method, but we threw the kitchen sink at it.”

The researchers discovered that the people in the Harappa grave sites weren’t born there, but migrated there from the hinterlands. Said Krigbaum, “Previous work had thought the burial sites represented local, middle-class people. There was no notion that outsiders were welcomed and integrated by locals within the city. It’s not clear why certain young hinterland people were sent to the city

“All told, these novel methods provide windows into the life history of past people and underscore the role of interdisciplinary approaches to illuminate dynamics of human migration.” 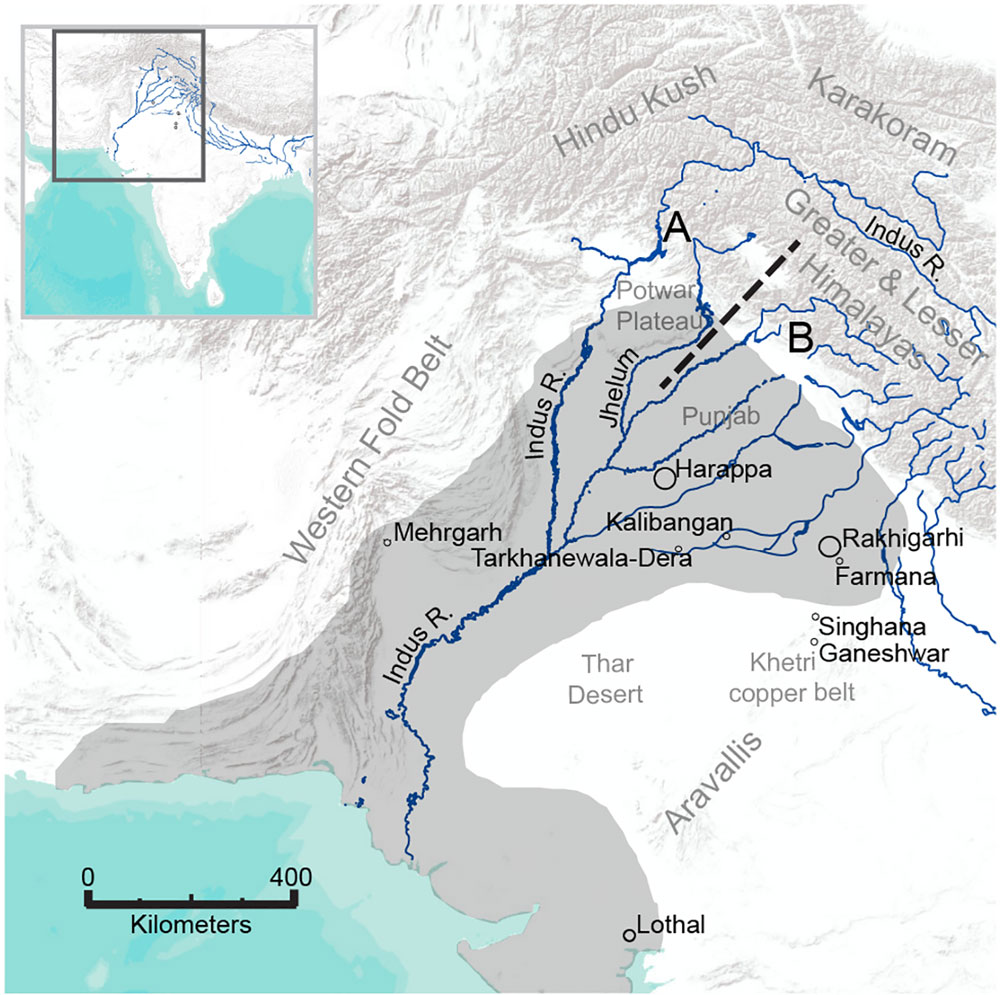