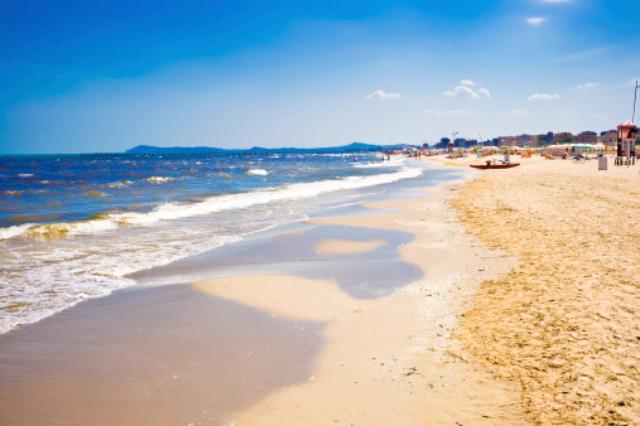 The coast of the northern Adriatic in Rimini, Italy, near one of the study sites that showed human activities could be altering ecosystems immune to major changes for centuries. Photo: Thinkstock/Getty Images

The ecosystems of the Adriatic Sea have weathered natural climate shifts for 125,000 years, but humans could be rapidly altering this historically stable biodiversity hot spot, a University of Florida study says.

The study details a major shift in bottom-dwelling species in Italy’s Po Basin, a region south of Venice known for its ecologically and commercially important shellfish as well as its tourism industry.

“The fossil record suggests that human activities can alter even those ecosystems that have been immune to major changes naturally occurring on our planet,” said the study’s lead author, Michal Kowalewski, the Thompson Chair of Invertebrate Paleontology at the Florida Museum of Natural History on the UF campus.

“We may be witnessing a permanent shift,” Kowalewski said. “This restructuring could have lasting consequences for regional biodiversity, including the overall health of the broader marine ecosystems of the Adriatic.”

Mollusks preserve well in the fossil record and tend to be sensitive to human-caused environmental change, making them a good indicator of marine ecosystem health. The study, appearing online this week in the Proceedings of the Royal Society B, documents rapidly changing marine communities in the northern Adriatic, one of Europe’s most highly developed industrial and agricultural areas. Researchers tracked changes in shellfish communities by examining a collection of more than 100,000 fossil specimens from geological cores drilled in the region. They then compared the fossil data with surveys of present-day marine ecosystems conducted in the last four decades of the 20th century. The fossil record shows 125,000 years ago the Adriatic region’s climate and sea level were similar to today. However, the authors found significant ecosystem changes in the most recent centuries, including a decline in seven out of the 10 historically dominant mollusk species.

The findings echo those of previous studies on Caribbean reef communities.

“The changes found by the study researchers are alarming, but there’s reason to believe that other areas have been even more profoundly affected by the effects of pollution, habitat disturbance, lack of oxygen and climate change,” said Steven Holland, a University of Georgia paleontologist not involved in the study. “This is a clear fingerprint of the effects of humans.”